Coronavirus update: As per the Ministry of Home Affairs guidelines, retail sale of liquor, paan, and tobacco is permitted in the green zone, orange zone as well as non-containment areas in red zones, ensuring six feet of physical distancing 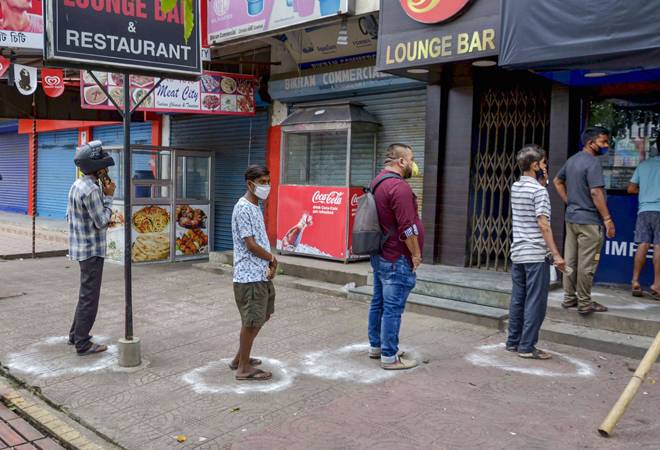 Liquor shops will open across the country today for the first time since the lockdown which started on March 25. Home Ministry in its guidelines for the third phase of the lockdown permitted the sale of liquor. Alcohol sale was not allowed in the previous two phases. However, according to several liquor making-firms, the cheers around the decision could be temporary. According to the companies, the existing stock at distributors will soon get exhausted and that replenishment could take a month or so, The  Economic Times reported.

Deepak Roy, who is the maker of Officers Choice whiskey and chairman of the Confederation of Indian Alcoholic Beverage Companies (CIABC), said the pipelines were dried as distilleries were shut for a month and restoring the supply would take three-six weeks.

As per the Ministry of Home Affairs guidelines, retail sale of liquor, paan, and tobacco is permitted in the green zone, orange zone as well as non-containment areas in red zones. Besides, liquor shops have also been asked to follow certain guidelines of social distancing to prevent the spread of coronavirus. There must be a minimum six-feet distance between consumers and not more than five persons must be present at a time to buy liquor.

There are about 70,000 liquor outlets in the country. Companies expect states such as Punjab, Haryana, Assam, and Karanataka to start retailing before other states like Maharashtra, where coronavirus epidemic is at peak. Around 150 liquor shops located in non-containment zones in Delhi will open from Monday. Four government-run agencies, which are responsible for the sale of liquor in Delhi, had submitted the list of the liquor shops which can be allowed to open following coronavirus guidelines.

In Andhra Pradesh, the state government has introduced 'prohibition tax' on liquor to discourage people from consuming. On the other hand, Rajasthan has hiked excise duty on Indian-made foreign liquor (IMFL) to 35 per cent, other categories to 45 per cent.

Meanwhile, breweries are also trying to determine the demand level as leftover stock in the market has been impacted due to black-market trading during the lockdown.

Many state governments made multiple request to the centre to lift the ban on the sale of liquor as they were running out of money.

Also read: Liquor shops to open in Delhi, other cities: What to keep in mind when you go to buy alcohol