A nationwide lockdown entering its third month is expected to lead to a contraction in economic growth in the current financial year, according to several global rating agencies, which have also changed their outlook on the banking sector to negative 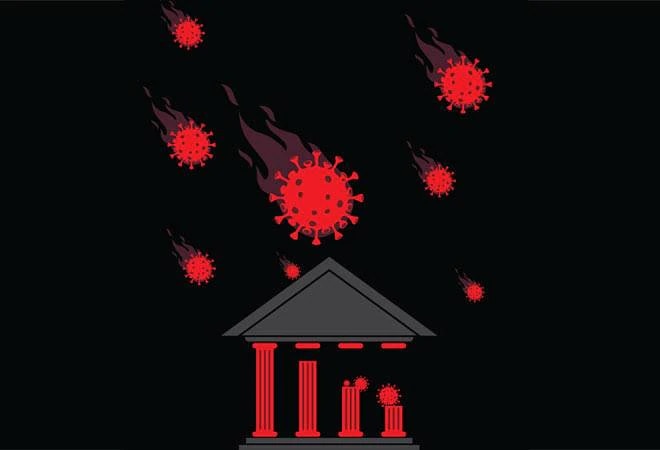 The government has already pumped in 3.5 trillion rupees to shore up state-owned banks in the last five years

India may need to inject up to 1.5 trillion rupees ($19.81 billion) into its state-owned lenders as their pile of soured assets is expected to double during the coronavirus pandemic, three government and banking sources told Reuters. The government initially considered a budget of around 250 billion rupees for bank recapitalisations but that has risen significantly, a senior government source with direct knowledge of the matter said, with loan defaults likely to rise as businesses take a severe hit from nationwide lockdowns to tackle the coronavirus.

"The situation is very grim," the source said, adding that banks would require fresh funds soon. All the sources asked not to be identified as the discussions are private. India's finance ministry did not respond to a request for comment during working hours on Wednesday.

The capital plans were still being discussed and a final decision could be taken in the second half of the fiscal year, a second government source said. India's fiscal year runs from April 1. Indian banks were already saddled with 9.35 trillion rupees of non-performing assets at the end of September 2019, or roughly 9.1% of their total assets at the time.

Reuters reported earlier this month that bad loans would likely rise to 18-20% of total assets by the end of the fiscal year next March, as 20-25% of outstanding loans are considered at risk of default. A nationwide lockdown entering its third month is expected to lead to a contraction in economic growth in the current financial year, according to several global rating agencies, which have also changed their outlook on the banking sector to negative. Economic recovery is likely to take a long time.

One banking source said it was unlikely the federal government would be able to fund the entire capital injection itself and may rely on indirect measures such as issuing bonds as a means of recapitalisation, a method which it has used previously. "The amount could also be partly funded through monetisation of the fiscal deficit by the central bank," the first government source said, adding that finance ministry officials were in talks with the Reserve Bank of India (RBI).

Also read: Despite rate cuts, your EMIs may still not fall as much

The RBI did not respond to a request for comment. The government has already pumped in 3.5 trillion rupees to shore up state-owned banks in the last five years. India's federal budget in February for the 2020-21 financial year made no provision for further capital injections, with lenders encouraged to tap capital markets to raise money instead.

Despite a fall in new loans being made because of the crisis, a senior Indian banker said that the government wanted the banking sector to maintain lending growth of at least 6-7% for this financial year to boost the economy, but raising money from capital markets wasn't easy in the current environment. "There will be a ripple effect of the slowing economy that banks will feel and we will need capital to sustain and grow," he said.

Lockdown 5.0 guidelines: What to expect, how will they be different from Lockdown 4.0?