The first four Rafale fighter jets were scheduled to arrive in India by May 2020, but it likely to get delayed by few months as Dassault suspended production at its Merignac plants amid coronavirus pandemic 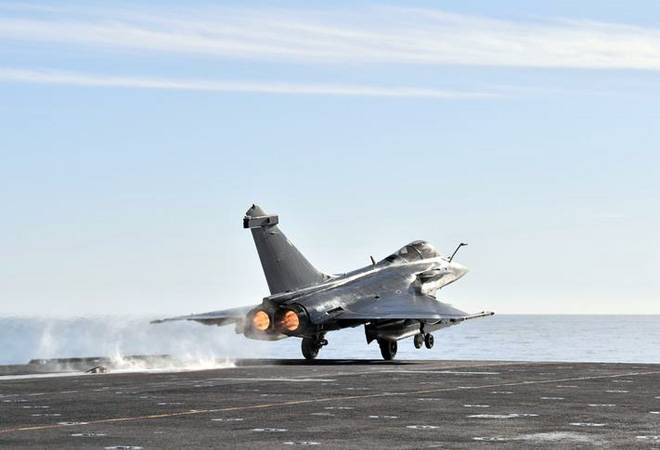 On Sunday, France reported 315 coronavirus deaths in hospital over the last day, compared with 345 the day earlier

The delivery of the first batch of Rafale fighter jets to the Indian Air Force (IAF) from France is likely to be delayed as aircraft manufacturer Dassault's assembly facility in Merignac remained closed due to the spread of coronavirus pandemic in the country. France, which is battling with rising infections and deaths due to COVID-19,  imposed nationwide lockdown after March 17 to slow the spread of the virus. The lockdown restrictions are expected to continue till the end of April.

The first four Rafale fighter jets were scheduled to arrive in India by May 2020, but it likely to get delayed by few months as Dassault suspended production at its Merignac plants to comply with a nationwide lockdown ordered by France President Emmanuel Macron.

Earlier in March, Defence Minister Rajnath Singh said the first batch of Rafale jets would land in India in the last week of May, but the Air Force headquarters has not yet received confirmation from the French officials so far.

France President Emmanuel Macron is expected to announce extension of lockdown on Monday to combat the deadly virus, which has taken life of 14,393 people in France so far, news agency AFP reported. Macron will give his third prime-time televised address to the nation on the epidemic from the Elysee Palace after 8:00 pm (1800 GMT).

On Sunday, France reported 315 coronavirus deaths in a single day, compared with 345 the day earlier. This was fourth straight day when the number of patients in intensive care declined with 35 fewer patients, making a total of 6,845 people needing such treatment. On April 6, the country had reported record 605 deaths in hospitals, its highest daily toll so far.

The Indian government has also suspended all existing visas until April 15, barring diplomatic, official, UN officials and other international organisations.

In October 2019, Defence Minister Rajnath Singh, during his visit to France for the second India-France ministerial-level annual defence dialogue, had taken formal delivery of the first Rafale jet.

India has signed an inter-governmental agreement with France to procure 36 Rafale jets at a cost of around Rs 58,000 crore to strengthen the Indian Air Force's combat capabilities. As per the deal, the delivery of the jets was to be completed in 67 months from the date the contract was inked.

Coronavirus lockdown: PM Modi to address nation at 10 AM tomorrow