Coronavirus scare: India's merchandise exports fell to a 61-month low at 34.6% in March 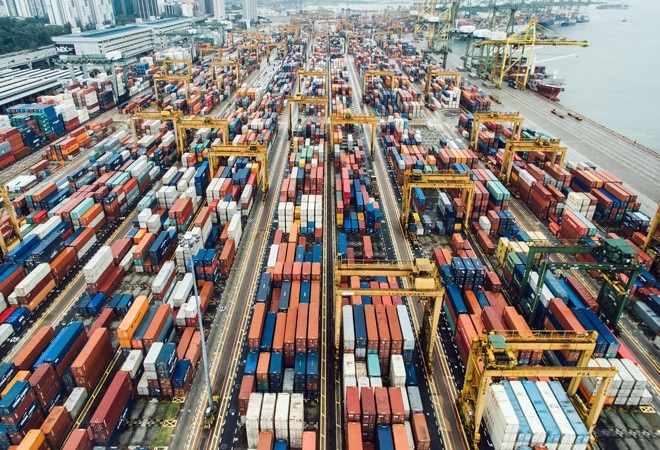 As widely anticipated, the rapid spread of coronavirus pandemic across the globe has started showing its symptoms in country's merchandise trade. The month of March recorded the steepest year-on-year fall of 34.6 per cent since 2015 in merchandise exports to $21.4 billion, as per the data released by the Ministry of Commerce and Industry.

India's import bill on the other hand, witnessed its second biggest fall of 28.7 per cent to $31.2 billion, during the period. Crude oil imports fell by 15 per cent while non-oil imports declined by 33.8 per cent. The non-oil commodities that recorded a fall in imports include pearls, precious and semi-precious stones (-53.5 per cent), machinery, electrical and non-electrical (-31.7 per cent), electronic goods (-29.1 per cent) and coal, coke and briquettes (-23.5 per cent). 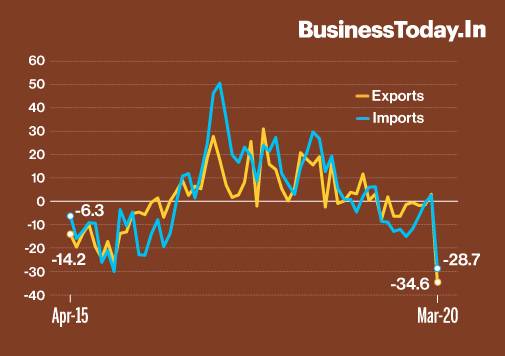 Based on the second advance estimates of GDP for the year 2019/20 released by Ministry of Statistics and Programme Implementation in February, merchandise exports share in GDP has now fallen to a low since year 2004/05 of 10.9 per cent and imports contribution to GDP touched its lowest since 2015/16 at 16.2 per cent.