British brokerage Barclays on Wednesday warned that preventive measures can dent economic growth by as much as 2 percentage points. 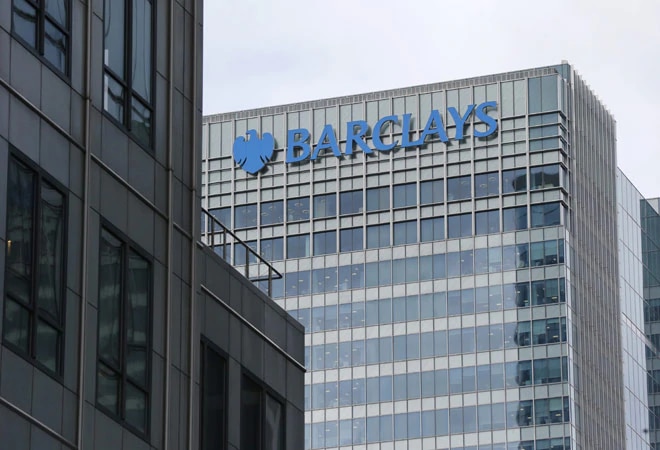 Amidst rising coronavirus cases in India, British brokerage Barclays on Wednesday warned that preventive measures like mass quarantines can dent the already sagging economic growth by as much as 2 percentage points.

Support to the economy will come from a dip in oil prices, Barclays said in a note, estimating low crude prices to aid growth by as much as 0.50 per cent.

The number of those tested positive for the Covid-19 or coronavirus in India has grown to 61 as of Tuesday, with fresh cases being reported from Pune and Bengaluru.

Economic growth is set to slide to a decadal low of 5 per cent as per an official estimate released much before the virus grew to be called as a potential pandemic.

Starting from China, it has affected over 60 countries in the world, with leaders in Italy being forced to put the entire country in an unprecedented lockdown.

"We believe that the biggest growth risk would be from preventive measures such as mass quarantine or movement restrictions and the related pullback in consumer spending, investment, and services activity," Barclays said, commenting on the impact it can have on India.

The biggest hit will be for the already sluggish investment activity, it said, estimating the total impact to growth because of preventive measures at 2 percentage points.

The silver lining will come from the oil prices which have corrected by up to a fifth in the recent past, it said, adding that the low import bill alone will help the GDP by 0.5 per cent.

In the report titled 'Are we overestimating growth?', the brokerage said it has recently cut its 2020 growth forecast for the economy to 5.6 per cent from the 6.5 per cent earlier.

It added that the latest estimate is indeed low enough, adding that worried clients are asking if it will go down much more.

The brokerage said India is a domestic demand-led economy and will benefit from the oil prices correction.

It has both the fiscal and monetary policies supporting growth, and the supply chains are not under stress, it noted.

MORE FROM THE AUTHOR

A Mindtree employee in Bangalore has tested positive for coronavirus on Tuesday. The software major's employee had recently returned from an overseas trip.

"One of our Mindtree Minds (employees), on return from an overseas trip to Bengaluru, has tested positive for Covid-19 on Tuesday. He, along with his family members, are under the medical supervision of the Karnataka Health Department," said Mindtree Chief People Officer Paneesh Rao in a statement.

Rao also said that the employee, who is a software engineer had, was exercising caution and had isolated himself on return from the foreign trip. The software engineer did not visit any Mindstree facility and also did not meet any other employee, reported LiveMint.

Mindtree has sent out a series of advisories on safety measures at workplaces to its employees across the country as well as overseas, according to LiveMint.

"Sanitisation of all high touch points in our facilities, hand sanitisers at lift landing/receptions and other common areas and infrared thermometers have been put in place," Rao added.

According to health officials, the Mindtree employee is being treated and is on road to recovery.

The Health Ministry has taken several measures to halt the spread of coronavirus. The Ministry has suspended the vias including e-visas of travelers from France, Germany, Spain, Iran, Italy, South Korea and Japan. The ministry had also asked all Indians to avoid non-essential international travel.