In the FIR, police has claimed that the communal violence was a "premeditated conspiracy" which was allegedly hatched by Khalid and two others 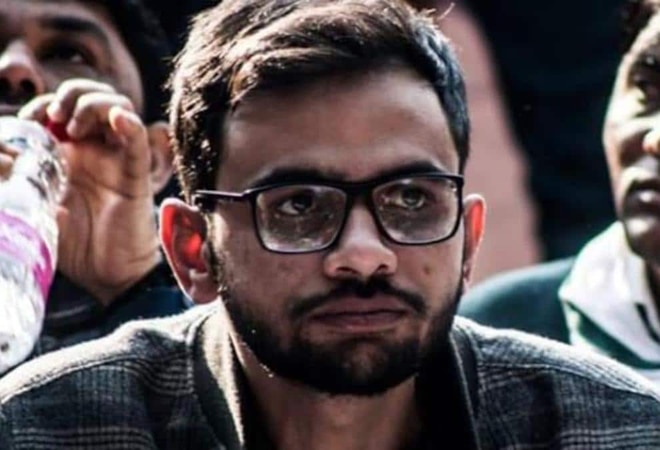 A Delhi court Thursday sent former JNU student leader Umar Khalid, arrested under the stringent anti-terror law, Unlawful Activities (Prevention) Act, in a case related to the communal violence in north east Delhi in February, to judicial custody till October 22. Khalid was present before Additional Sessions Judge Amitabh Rawat through video conferencing at the end of his police custody.

Khalid was arrested on September 13 in the case. Police did not seeks his further custody. In the FIR, police has claimed that the communal violence was a "premeditated conspiracy" which was allegedly hatched by Khalid and two others.

He has also been booked for the offences of sedition, murder, attempt to murder, promoting enmity between different groups on grounds of religion and rioting.

Khalid had allegedly given provocative speeches at two different places and appealed to the citizens to come out on streets and block the roads during the visit of US President Donald Trump to spread propaganda at international level about how minorities in India are being tortured, the FIR alleged.

In this conspiracy, firearms, petrol bombs, acid bottles and stones were collected at numerous homes, FIR claimed. Co-accused Danish was allegedly given the responsibility to gather people from two different places to take part in the riots, police alleged. Women and children were made to block the roads under the Jafrabad metro station on February 23 to create tension amidst the neighborhood people, the FIR said.

Communal clashes had broken out in northeast Delhi on February 24 after violence between citizenship law supporters and protesters spiralled out of control leaving at least 53 people dead and around 200 injured.