The proposal to designate Azhar under the 1267 Al Qaeda Sanctions Committee of the UN Security Council was moved by France, UK and the US on February 27. 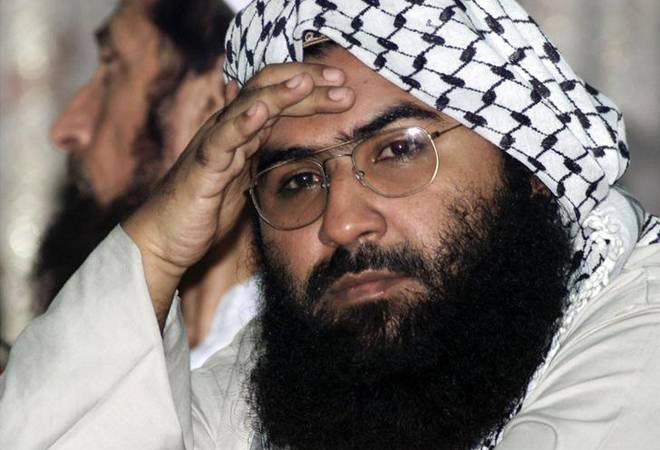 The fate of the proposal to designate Pakistan-based terror group Jaish-e-Mohammed's chief Masood Azhar as a global terrorist by the UN Security Council will be known in less than 24 hours when the deadline to raise objections to the bid expires.

The proposal to designate Azhar under the 1267 Al Qaeda Sanctions Committee of the UN Security Council was moved by France, UK and the US on February 27.

The Committee makes its decisions by consensus of its members.

All eyes are on China, which has in the past blocked India's bids to get Azhar listed as a UN-designated global terrorist.

According to the listing rules of the Al Qaeda Sanctions Committee, if no objection is received by the end of the no-objection period, the decision will be deemed adopted, meaning that Azhar will become a UN-designated global terrorist.

The proposal is the fourth such bid at the UN in the last 10 years to list Azhar as a global terrorist.

In 2009, India moved a proposal by itself to designate Azhar, whose JeM had taken responsibility for the suicide attack against Indian security forces in Pulwama on February 14 in which 40 Central Reserve Police Force (CRPF) personnel were killed.

In 2016 again India moved the proposal with the P3 - the United States, the United Kingdom and France in the UN's 1267 Sanctions Committee to ban Azhar, also the mastermind of the attack on the air base in Pathankot in January, 2016.

In 2017, the P3 nations moved a similar proposal again. However, on all occasions China, a veto-wielding permanent member of the Security Council, blocked India's proposal from being adopted by the Sanctions Committee.

A UNSC designation will subject Azhar to an assets freeze, travel ban and an arms embargo. An assets freeze under the Sanctions Committee requires that all states freeze without delay the funds and other financial assets or economic resources of designated individuals and entities.

The travel ban entails preventing the entry into or transit by all states through their territories by designated individuals.

Under the arms embargo, all states are required to prevent the direct or indirect supply, sale and transfer from their territories or by their nationals outside their territories, or using their flag vessels or aircraft, of arms and related materiel of all types, spare parts, and technical advice, assistance, or training related to military activities, to designated individuals and entities.

Hectic diplomatic and political parleys have preceded the closely-watched March 13 deadline as New Delhi reached out to member countries of the UNSC.

In the wake of the February 14 terror attack in Pulwama, India launched a major diplomatic offensive against Islamabad, holding briefing for envoys of 25 countries, including from the five permanent UNSC members -- the United States, China, Russia, the United Kingdom and France -- to highlight Pakistan's role in using terrorism as an instrument of state policy.

India also handed over to Pakistan a dossier on "specific details" of involvement of the JeM in the Pulwama terror attack.

The Ministry of External Affairs (MEA) in New Delhi said in a statement that Pompeo expressed his "understanding" of India's concerns regarding cross-border terrorism.

"They agreed that Pakistan needs to take concerted action to dismantle the terrorist infrastructure and to deny safe haven to all terrorist groups in its territory. They also agreed that those who support or abet terrorism in any form should be held accountable," the MEA said.

The State Department said in a statement that Pompeo affirmed that the United States stands with the people and government of India in the fight against terrorism.

Pompeo and Gokhale "discussed the importance of bringing those responsible for the attack to justice and the urgency of Pakistan taking meaningful action against terrorist groups operating on its soil", according to a statement by Deputy Spokesperson Robert Palladino.

On Monday, America's National Security Advisor John Bolton tweeted that he had spoken with Pakistani Foreign Miniter Shah Mahmood Qureshi to "encourage meaningful steps against JeM and other terrorist groups operating from Pakistan."

Bolton said Qureshi assured him that Pakistan would deal firmly with all terrorists and will continue steps to deescalate tensions with India.

An inkling of Beijing's view on the issue came during Foreign Ministry Spokesperson Lu Kang's press conference Monday in Beijing when he was asked about how China would respond to the proposal to list Azhar in the UNSC.