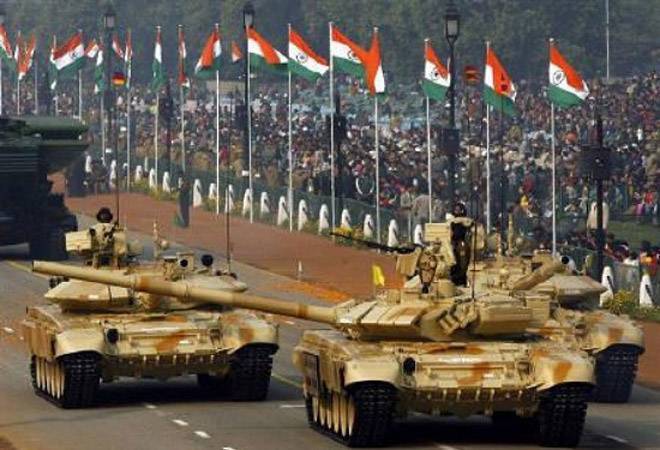 The Indian armed forces have told a Parliamentary panel that the Defence Budget for the current fiscal year is insufficient to meet the modernisation plans, more so with hostile and assertive neighbours like Pakistan and China.

The Parliament Standing Committee in its report, which was tabled in the Lok Sabha on Tuesday, said that the Indian Army, Air Force and Navy are reeling under severe fund crunch even to buy new weapon systems required to fight a 10-day intense war, or pay for liabilities and recurring expenditures. The Army alone has a shortfall of Rs 42,512.14 crore.

Vice Chief of Army Lt Gen Sarath Chand told the panel that 68 per cent of the Army's equipment is in the 'vintage category'. "Funds allocated is insufficient and the Army is finding it difficult to even stock arms, ammunition, spares for a 10-day intensive war. All the three services are expected to be prepared for at least 10 days of intense battle."

The army vice-chief also said that the Rs 21,338 crore budgeted for modernising the defence forces is insufficient, given that the liabilities for 2017-18 are still to be met, and the balance amount will not be sufficient to fund the new schemes, including new weapon systems, for 2018-19.

Lt Gen Chand also highlighted chinks in the new procurement policy and the need to delegate financial powers to the Vice-Chief of Army. He said the possibilities of a "two front" war is a reality as the Doklam issue was far from over, and China has become increasingly assertive. The country needs to pay attention to modernise the armed forces to address the growing threat, he added.

Lt Gen Chand went on to add that the Army does not have adequate resources to construct some of the strategic roads near the Sino-India border. "We are witnessing more activities along the border whether it's patrolling or transgressions. Activities in Tibet have also increased over the years in terms of quantum of troops, level of exercises and others," he said.

He added that the Army has shortlisted 25 projects under the Make in India initiative but due to inadequate budget, many of these may "end up foreclosed".

The Parliamentary Standing Committee, headed by BJP MP B C Khanduri, criticised the government for inadequate allocation of financial resources to the armed forces. India Today has listed a number of observations highlighted in the report:

ARMY
The government had allowed the Vice-Chief of Army Staff to make emergency purchases of Rs 14,000 crore to cut the red-tape and speed-up the process of acquisition.

"The Committee is unhappy with the state of affairs in the Ministry with regard to existing scenario of 'perimeter security' of defence establishments and installations, including offshore establishments. The Sunjuwan attack underscores the need for speedymeasures," the committee said.

"There is a huge shortfall of almost 40 per cent of the budget projected as required and "will indeed have a cascading impact on the operational preparedness and technological upgradation of the Navy," the committee observed.