Delhi elections 2020: Badminton player Saina Nehwal alongwith her sister Chandranshu has joined the BJP. Here's all you need to know 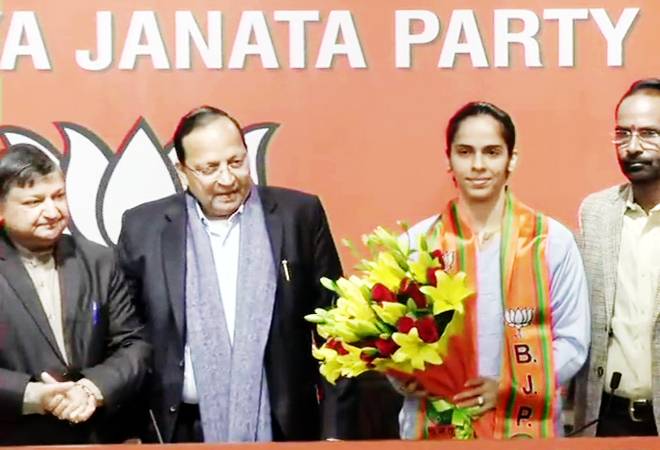 Famous badminton player Saina Nehwal has joined Bharatiya Janata Party today in presence of the party's National General Secretary Arun Singh. On joining the BJP, the professional singles player said: "Today, I am joining a party that performs well for the country. Modi Ji has done so much for the sports in India with initiatives like Khelo India. Looking forward to work hard for the country and people. "

Saina's sister Chandranshu has also joined the saffron party. Saina Nehwal and her sister have been inducted into the party at a crucial time, i.e., the Delhi elections. It is, however, not clear whether she will campaign or not.

Saina Nehwal is the first Indian woman shuttler to achieve the World No.1 Ranking. She is currently at the ninth rank. Nehwal had won a Silver medal in the 2015 World Championship and a Bronze medal in 2017. She has been conferred with several prestigious awards such as the Arjuna Award in 2009, Padma Shri and Rajiv Gandhi Khel Ratna Award in 2010 and the Padma Bhushan in 2016.

Nehwal, however, is not the first player to join the BJP. Previously players such as international boxers Babita Phogat and Yogeshwar Dutt and former Indian Hockey team captain Sandeep Singh had also joined the party.