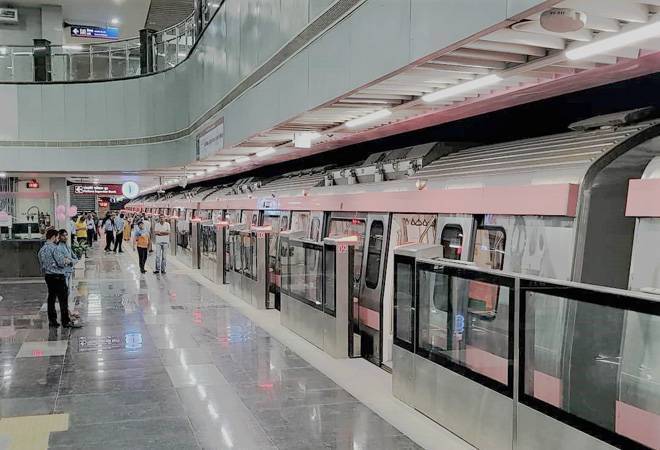 Delhi Metro's Phase IV, which has become a bone of contention between the city government and the Centre, was allocated Rs 500 crore in the budget presented on Tuesday.

The 104-km-long Metro Phase-IV project was estimated to be completed by 2021 after Delhi government's in-principle approval to it in February 2016. It has yet to start despite approval of the Delhi cabinet.

"The government has approved the proposal of Phase-IV of Delhi Metro Project comprising six corridors with the length of 103.93 km. With the completion of the Phase-IV project, the total length of the Delhi Metro network will become 453.93 km," Sisodia, who is also Delhi's Finance Minister, said.

The AAP dispensation early this month had accused the Centre of meting out "step-motherly treatment" to Delhi in the Union Budget, claiming that the Narendra Modi government had made "no provision" for the Metro's Phase-IV project in it.

The Arvind Kejriwal government had cleared the Phase-IV project in December last year and sent it to the Ministry of Housing and Urban Affairs.

The Union government sources last month had claimed that the AAP dispensation had "stonewalled" the progress of the Delhi's Metro's Phase-IV project, leading to "substantial delay" and inconvenience to people.

Union Housing and Urban Affairs minister Hardeep Singh Puri in January accused the AAP government of having a "behavioural pattern of creating hurdles" in response to conditions imposed by the Delhi government while clearing the project.

Sisodia, after the approval of Phase-IV project, had said the city government would give its share of Rs 9,707 crore towards the construction work under the project, which is estimated to cost around Rs 45,000 crore.

The fresh accusation had come amid an apparent tussle between the Centre and the Delhi government after Kejriwal imposed a condition of 50-50 per cent operational loss sharing while giving approval to the Phase-IV of the Metro network late December.

A Delhi government official had recently said, "In the past one year, the ridership has gone down due to various reasons. So, if Delhi has to pay 100 per cent of the operational loss, it will not be financially viable for it".

Also, there are certain corridors that may not be profitable in the future or even do not reach the break-even level, the official had said.