DMRC had estimated that around 40 lakh commuters will use its network daily after the completion of Phase III, but the daily average ridership in 2018-19 was 22.85 lakh, down from 25.38 lakh in 2017-18 and even after the introduction of the Pink and Magenta lines, the figure is just a little over 26 lakh. 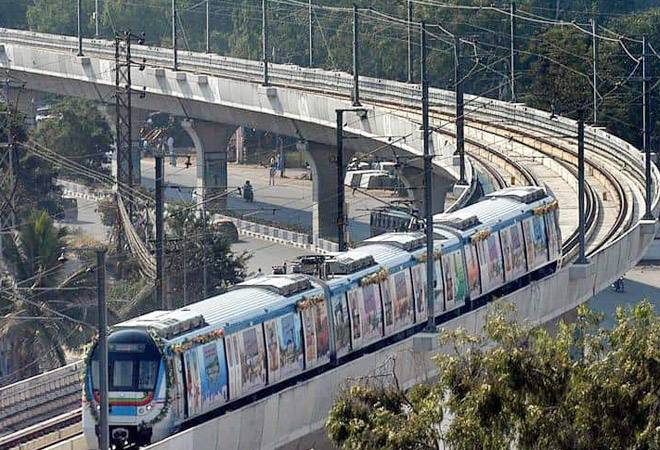 In the past two years, despite the introduction of eight new sections on the Delhi Metro, the average daily ridership has dropped by over 3 lakh. And you can blame that on spiralling fares.

Data obtained by The Indian Express through a Right to Information (RTI) application reveal that the five operational corridors of the Delhi Metro in 2017 - namely Blue, Yellow, Green, Red and Violet, with a total network length of around 213 km - were carrying 26.50 lakh passengers daily in May that year, when fares were first hiked after eight years. In comparison, the first two months of 2019 registered a daily average ridership of a little over 23 lakh on these lines.

Let's not forget the second round of fare hike in October 2017 courtesy which the Delhi Metro Rail Corporation (DMRC) had reportedly received 4.2 lakh fewer passengers in 2018 as compared to the previous year.

The study by the Centre of Science and Environment (CSE) had further found that it had received nearly 32% less than the number of daily passengers it had hoped to serve - it had estimated that around 40 lakh commuters will use its network daily after the completion of Phase III. Things have only gotten worse in the ensuing months.

As per the RTI reply, while the shortfall in passengers is compensated by ridership in corridors launched after the fare hike, it continues to falls short of the DMRC's actual ridership projections.

In the current year, if you include the new 38-km Magenta Line and the 58-km long Pink Line, the total daily average ridership stands at a little over 26 lakh. In January and February this year, the Pink and Magenta lines were respectively taken by 3.36 lakh and 3.66 lakh people daily.

Also Read: Finding a cab at Delhi's metro stations to get easier! Here's why

80% of Indian engineers not fit for jobs, says survey