As Delhi experiences its worst ever phase of toxic air this year, pollution mask and air purifier manufacturers are seeing their sales soar. Residents of Delhi NCR are making a beeline to buy face masks and air purifiers. 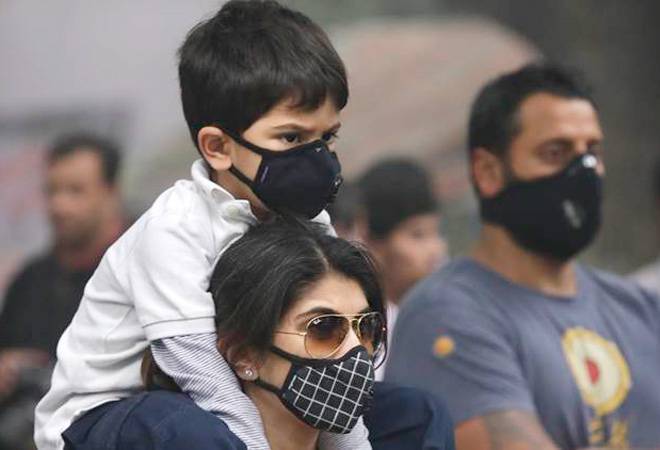 As Delhi experiences its worst ever phase of toxic air this year, pollution mask and air purifier manufacturers are seeing their sales soar. Residents of Delhi NCR are making a beeline to buy face masks and air purifiers.

Sales executives at Vijay Sales, which has over 20 stores in the Delhi-NCR region, say queries related to air purifiers have increased manifold. "In the last two days, our Noida store has sold over 20 air purifiers. The sale is roughly the same in our other stores as well," said Rahul Verma, sales head at its Noida store. Similarly, people are also queuing at shops to buy face masks in bulk for family members.

This is not the first time the Delhi-NCR region has witnessed a thick layer of smog. Last year, the city witnessed six days of heavy smog and schools had to be shut down. Those who can't afford to buy expensive purifiers are going for locally-manufactured ones.

"There has been a three-fold increase in the sale of air purifiers at our store in the last two days. Since these products are expensive, most people go for locally-manufactured ones. However, the sale of branded products has also increased," said Aashish, who owns Om Sai Traders in Lajpat Nagar.

Air purifiers makers like Blueair, Eureka Forbes, Panasonic India and Sharp are betting big on the season. "With the air quality deteriorating and air pollution being a constant talking point, last 2-3 days the demand and Blueair sales per day has almost gone up 50 times to last week," a Blueair spokesperson told PTI.

He further said that November expectations are three times of last month and there is a 100 per cent growth over the last year.

Panasonic India Business Head Purifiers and SHA Syed Moonis Alvi said pollution levels have reached alarming levels and air purifiers are witnessing a remarkable increase in sales and the company is targeting around Rs 12-15 crore sales during this period.

"As North India contributes almost 80 per cent to the industry sales, the market will continue to be dominated by metros, with Delhi NCR being the main action place," he added.

Eureka Forbes MD and CEO Marzin R Shroff said: "Across the country, the demand of air purifiers has been on a significant rise showing month-on-month growth, owing to the degrading air quality in India."

The sales of air purifiers at Eureka Forbes have seen an increase of almost 80 per cent in last one month itself, he added.

Respirators maker 3M India is also looking at increase in sales due to rising pollution levels that breached the permissible standards by multiple times.

"Due to the deteriorating air quality across the country and especially in Delhi and surrounding areas, we are seeing a trend of increased usage amongst people from all walks of life," 3M India Senior General Manager, Personal Safety Division Nandakumar said.

Delhi woke up to severe air quality today under a blanket of thick haze, as pollution levels breached the permissible standards and the real-time pollution monitors displayed alarmingly high concentration of PM 2.5 and PM 10.

The rapid fall in air quality and visibility began last evening itself as moisture combined with pollutants shrouded the city in a thick cover of haze.

Sharp Business Systems President-Consumer Electronics Division Kishalay Ray said it is human nature to keep the necessary action pending till the last moment and the current pollution has been the trigger for consumers to buy air purifiers.

The Delhi government has ordered closure of all schools - over 5,000 schools in the city have been affected due to the polluted air - and people have been told to avoid going out in rush hours. Delhi Chief Minister Arvind Kejriwal on Tuesday called the city a "gas chamber" as the Central Pollution Control Board (CPCB) recorded the extreme level of air pollution. Several trains and flights have been suspended, and the National Green Tribunal has asked Delhi, UP, Haryana governments to find a solution to this problem.