Considering additional expenditure by the government and shortfalls in tax and disinvestment receipts, ratings agency has estimated fiscal deficit to be 9% during the year FY21 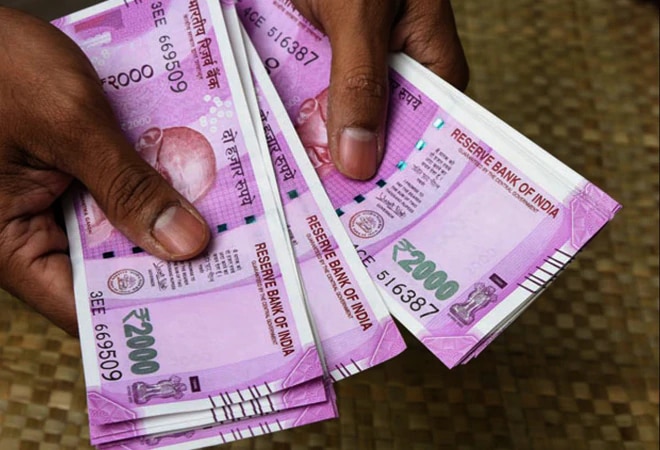 The Centre's fiscal deficit reached 114.8% of the budgeted estimate in H1

The COVID-19 pandemic has impacted the Centre's finances to a "greater extent" even as the finances have improved slightly on a month-on-month basis, CARE Ratings in its latest report has said. During the first half of the fiscal year 2020-21, the Centre's fiscal deficit reached 114.8% of the budgeted estimate (Rs 7.7 lakh crore) at Rs 9.14 lakh crore. "Taking into consideration the revised net borrowing plan to Rs 9.6 lakh crore, the fiscal deficit is nearly 95 per cent in the first half of the year. Total receipts have declined 32.5 per cent," the report said.

The financing of fiscal deficit continues to be primarily met through domestic sources, mainly market borrowings, CARE Ratings observed. The ratings agency said though the economic activities have resumed and are gradually coming back on track, the finances of the central government will continue to be strained. "Considering additional expenditure by the government and shortfalls in receipts (tax and disinvestments), we estimate fiscal deficit (as a % of GDP) to be 9% during the year FY21," it added.

The report said the total receipts of the government fell 32.5% YoY during H1, while expenditure dipped marginally 0.6%, primarily on account of decline in capex. The pandemic-led economic disruption has weighed on the tax revenues of the government. "In H1 FY21, tax revenue were only 28% of the budget estimate, while compared with the same period of last year these were nearly 25% lower. Barring excise duties, all major heads of taxes have declined," it said.

In terms of earnings for the Centre, income taxes have been nearly 22% lower than a year ago. Corporation tax has fallen by almost 40% year-on-year; revenues from custom duties have dropped by 44% in H1, the report said. The revenue from excise duties, however, surged 34% owing to the steep hike in excise duty on fuel products. Non-tax revenue has seen 56% drop YoY. Interest receipts, dividends and profits alike have declined due to lower transfers from the RBI than last year and deterioration in the profitability of the PSUs.

Centre's expenditure in agriculture, rural development and health and family welfare have recorded robust growth. Even transfer to states spiked 21% following the payment of GST compensation cess. Interest payments of the government also increased by 13% year-on-year and are 43% of the budget estimate in H1.

As per CARE Ratings, the total subsidies in H1 stood at Rs 2.1 lakh crore, 26 per cent lower YoY, with a broad-based decline across major categories like food, fertilisers and petroleum. Capital expenditure on food and public distribution and railways has recorded notable growth. Spending on defence contracted 15 per cent, while capex on road transport and highways saw 18% moderation.