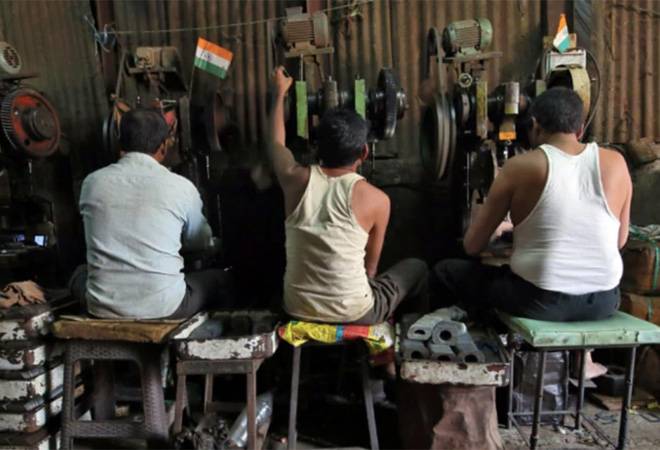 The RBI suggested that a credible consolidation plan, specifying actions for reduction of debt and deficit, from the government will earn confidence and acceptability, rather than just touch-down

The Reserve Bank of India (RBI) in its annual report has said the poorest have been hit the hardest in the ongoing coronavirus pandemic. "The pandemic has also exposed new inequities - white collar employees can work from home while essential workers have to work on site, exposed to the risk of getting infected," states RBI in its 326-page annual report released today.

"In some areas of work such as hospitality, hotels and restaurants, airlines and tourism, employment losses are more severe than in other areas," it adds. The RBI in its assessment has said that the contraction in economic activity is likely to prolong into the second quarter (July-Sept) of 2020-21.

The RBI suggested that a credible consolidation plan, specifying actions for reduction of debt and deficit, from the government will earn confidence and acceptability, rather than just touch-down. "The future path of fiscal policy is likely to be heavily conditioned by the large overhang of debt and contingent liabilities incurred during the pandemic," says RBI.

The first quarter GDP data will be released on August 31. The country's GDP is expected to shrink big time in the first quarter since there was complete lockdown during the period. A report by Barclays has pegged the GDP contraction at 25.5 per cent. Rating agency CARE has estimated it to be 20 per cent.

In fact, the entire year's GDP is estimated to contract by 4-10 per cent.  The RBI has said that the high frequency indicators that have arrived so far point to a retrenchment in activity that is unprecedented in history. "Moreover, the upticks that became visible in May and June after the lockdown was eased in several parts of the country, appear to have lost strength in July and August, mainly due to reimposition or stricter imposition of lockdowns, suggesting that contraction in economic activity will likely prolong into Q2," states RBI.

Also read: COVID-19 impact on handicrafts sector: A struggle that only got harder

The central bank has also given a host of suggestions for boosting fiscal revenues. The RBI has suggested leveraging big data and technology to track and identify tax defaulters, increasing the tax payer base by tracking their income and wealth parameters, and addressing challenges confronting the GST regime through rationalisation, simplification of returns and procedures, including automatic invoice matching, intelligence, enforcement, inspection and audit.

"It is worthwhile to consider an evaluation of the experience with GST by an independent committee which can draw on the lessons gained so far to recommend the way forward. Fiscal incentives for industry can be re-aligned in favour of productive labour-intensive companies so as to generate employment," says RBI.

The RBI also says that government consumption is expected to continue sustaining demand, and private consumption is expected to lead the recovery when it takes hold. Non-discretionary spending will lead the way until a durable increase in disposable incomes enables discretionary spending to catch up.  "An assessment of aggregate demand during the year so far suggests that the shock to consumption is severe, and it will take quite some time to mend and regain the pre-COVID-19 momentum," it adds.

The Reserve Bank's survey for the month of July indicates that consumer confidence fell to an all-time low, with a majority of respondents reporting pessimism relating to the general economic situation, employment, inflation and income; however, respondents indicated expectations of recovery for the year ahead.