Nonetheless, with 18 per cent contribution in the country's output, the farm sector failed to make up for the intense losses posted by the others 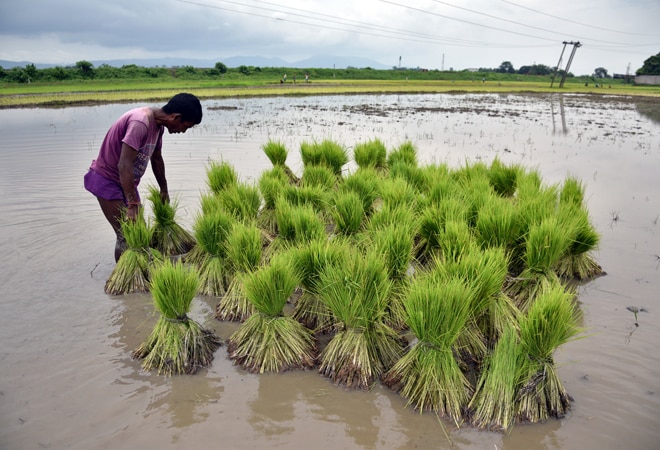 The damage is done as India's first quarter gross domestic product (GDP) contracted for the first time since 1996. The government data showed GDP fell 23.9 per cent in the June quarter of financial year 2020-21. The numbers were in consonance with market expectations considering the economic disruption caused by coronavirus pandemic and subsequent lockdown across the country. The only silver lining was agriculture and allied sector which managed to grow 3.4 per cent in Q1FY21 compared to a 3 per cent increase in the corresponding quarter of the previous fiscal. Construction fell the most, 50.3 per cent, during the quarter, followed by trade, hotels, transport, which declined 47 per cent. The manufacturing sector fell sharply by 39.3 per cent while mining & quarrying sector slumped 23.3 per cent. The government expenditure, as represented by the public administration services, contracted by 10.3 per cent. Nonetheless, with 18 per cent contribution in the country's output, the farm sector failed to make up for the intense losses posted by the others.

"The growth rate for April to June quarter was expected to be bad but it turned out worse, a de-growth by 23.9 per cent is worse than the most bearish estimate. Positive agricultural output is the only positive element in the GDP print. As the April-June quarter saw the maximum period of the national lockdown, the de-growth was severe. Going forward, as the government re-opens the economy in phases, government spending and festive season spending are expected to help the growth rate to be in the positive territory," said Nish Bhatt, Founder & CEO, Millwood Kane International, an investment consulting firm.