Manufacturing, construction and trade sectors, which account for 45 per cent of India's GDP, reported massive slump of 39.3 per cent, 50.3 per cent, 47 per cent, respectively, during April-June quarter 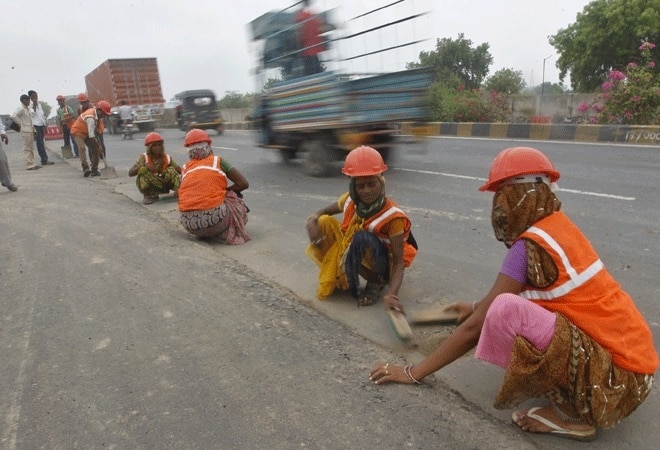 The Indian economy reported its worst quarterly performance in the first quarter of the current fiscal as the coronavirus-led nationwide lockdown disrupted activities across manufacturing, construction and service sectors like hotels and transportation. India's GDP contracted by a record 23.9 per cent to Rs 26.90 lakh crore in April-June period of the financial year 2020-21, compared to compared to Rs 35.35 lakh crore in the corresponding period last year. This is the worst quarterly GDP numbers ever recorded since India started compiling GDP data on quarterly basis in 1996.

The economic performance was dented by sharp de-growth in three key production sub-sectors, namely 'manufacturing', 'construction', and 'trade, hotels, transport, communication and services related to broadcasting'. These sub-sectors, which account for as much as 45 per cent of India's GDP, suffered massive disruption during the lockdown period. Restrictions were in place on activities in these sectors during April, which were gradually lifted.

As per the data released by the National Statistical Office (NSO) under Ministry of Statistics and Programme Implementation, manufacturing, construction and trade sectors reported massive slump of 39.3 per cent, 50.3 per cent, and 47 per cent, respectively. These sectors were impacted by tight liquidity conditions and an overall slowdown in government spending on infrastructure development activities. "Production side was pulled down by deep contraction in manufacturing, construction, and trade, hotel, transport sectors while the expenditure side was clearly pushed lower by heavy contraction both in consumption and investment. Going forward, given the gradual improvement in activity indicators (remaining well below pre-COVID levels) the growth recovery will be gradual and contracting for all quarters in FY2021," said Suvodeep Rakshit, Vice President and Senior Economist at Kotak Institutional Equities.

Going ahead, the growth recovery will depend on the COVID spread and removal of localised lockdowns. The choice for the government will be on whether the consumption or the investment side needs to be pushed. Given the limited fiscal space and the need to stimulate a more durable growth, the growth recovery will be gradual and is likely to continue into H1 FY22, Rakshit added.