Samyukt Kisan Morcha, an umbrella body of farmer unions, will hold a joint convention will be organised with trade unions and other organisations to plan for the nationwide strike 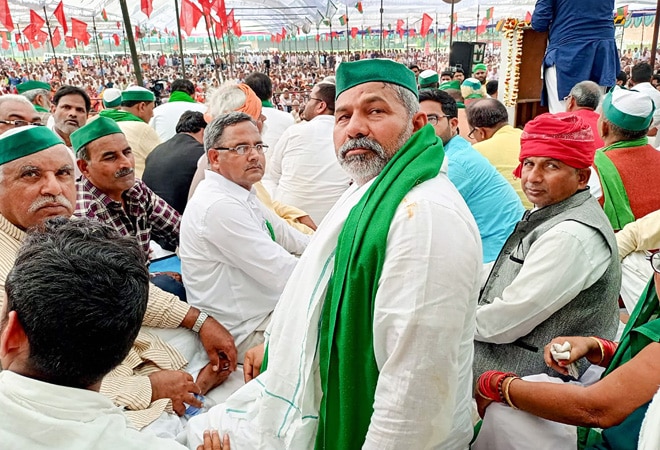 Farmer unions protesting the three farm laws have called for a Bharat Bandh on March 26. The day marks the completion of four months of protests against the  legislations at borders of Delhi, which started on November 26.

Samyukt Kisan Morcha, an umbrella body of farmer unions, will hold a joint convention will be organised with trade unions and other organisations to plan for the nationwide strike, reports said.

The farmers have formulated a schedule of protests. Farmer leader Buta Singh Burjgill told news agency PTI that farmers along with trade unions will protest the hike in fuel prices and privatisation of railways on March 15. On March 19, the farmers will observe "Mandi Bachao-Kheti Bachao" day, he said.

On March 23, the day of martyrdom of Bhagat Singh Rajguru and Sukhdev, youth from all over the nation will join the farmers' protest at Delhi's borders. Farmers will burn copies of farm laws on March 28 as part of Holika Dahan across the nation.

On Wednesday, Rajya Sabha proceedings were disrupted for the third day in a row as members of Parliament from Congress and other opposition parties demanded discussion on the three farm laws. Proceedings were first adjourned till 12 noon and then again till 2 pm after the opposition members gathered into the Well of the House raising slogans.

Thousands of farmers, primarily from Punjab, Haryana and western Uttar Pradesh, have been protesting at Delhi border points at Singhu, Tikri and Ghazipur for four months, demanding the repeal of farm laws and a legal guarantee on the minimum support price (MSP) for their crops.

Among the concerns raised by the protesting farmers is the apprehension that the new farm laws would discard the MSP system. Centre, in contrast, has maintained that the new laws will not touch the MSP system and will instead ensure better payment to farmers for their produce.

Quad summit expected to do something on COVID vaccine