Based on the Finance Minister's statements earlier this week, speculations are that two major announcements could be made in order to give the industry a leg-up 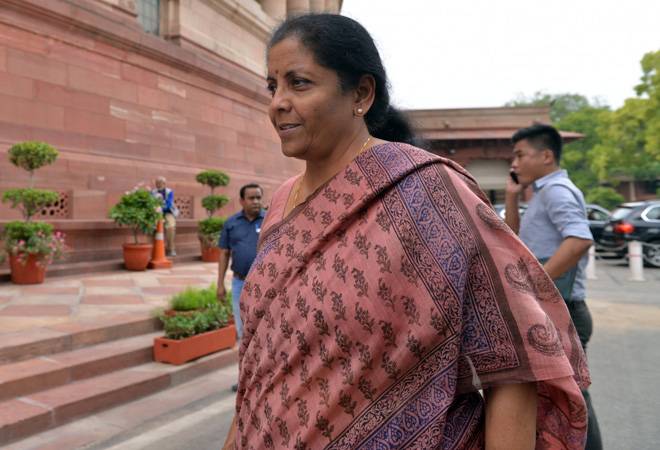 Merging PSBs is meant to create strong banks with a global presence.

Finance Minister Nirmala Sitharaman is addressing her second press briefing on economic slowdown. Based on the Finance Minister's statements earlier this week, speculations are that two major announcements could be made in order to give the industry a leg-up.

Reports also suggest that a mega consolidation plan for public sector banks could also be announced today. The Ministry of Finance has met chief executives of ten state-run banks, which are seen as top contenders for merger. The government had reportedly consulted the Reserve Bank of India in this regard earlier this year.

On August 23, FM Sitharaman had announced a slew of measures to nurse the ailing Indian economy to health. The steps included an upfront release of Rs 70,000 crore to public sector banks, measures to remedy the slowdown in auto sector, improve taxes compliance and help MSMEs and India Inc.

5:08 pm: We have consulted all stakeholders over a period of 6 month regarding the merger process, says Rajeev Kumar.

5:06 pm: The banks have been merged while keeping in mind that they are have the same technical platform, synergies and cultural affinity, Rajeev Kumar says.

4:59 pm: After approval from the boards of the merged banks, we will discuss the matter with RBI in two phases, says Rajeev Kumar.

4:51 pm: Rs 55,250 crore upfront capital for credit growth and regulatory compliance to support economy. "This is not just for consolidation, but growth," says the FM.

4:47 pm: The bank board committee would be strengthened, says the FM.

4:44 pm: Specialised risk officer from market to be appointed, the FM added.

4:42 pm: After the mergers today, the number of public sector banks will come down to 12 from 27, says the FM

4:38 pm: Indian Bank and Allahabad Bank will be merged, the FM said.

4:37 pm: The third merger will be Andhra Bank, Union Bank and Corporation Bank, announced the FM.

Consolidated Union+Andhra+Corporation Banks to be 5th largest #PSB with ₹14.6L Cr. business & 4th largest branch network in India. Strong scale benefits to all 3 with biz becoming 2 to 4½ times that of individual bank. @PMOIndia@FinMinIndia@PIB_India#PSBsFor5TrillionEconomypic.twitter.com/GWjg7WEd1U

4:34 pm: The next two banks that are going to be merged come from South India. "Canara Bank and Syndicate Bank would be brought together to form the fourth-largest PSB with business of Rs 15.20 lakh crore," the FM announced.

4:31 pm: "Punjab National Bank, Oriental Bank and United Bank will be brought together to create the second-largest bank with business of 17.95 lakh crore. It will have the second largest branch network with 11,437 branches," said the FM.

Consolidated PNB+OBC+United Bank to be 2nd largest #PSB with

4:25 pm: Post-consolidation of Bank of Baroda, Dena Bank and Vijaya Bank, there were no retrenchments; best practices of all three banks were adopted for the benefit of all, says the Finance Minister.

4:22 pm: Loan recovery is at record high; gross NPAs have come down, says the Finance Minister.

4:21 pm: Selection for Banks Board Bureau are going to be professional, without any political interference, says FM Sitharaman.

4:19 pm: Specialised agencies have been formed to monitor every loan above Rs 250 crore, says FM Sitharaman.

4:17 pm: We need to create a strong foundation for the financial sector, says FM Nirmala Sithraman.

4:12 pm: The first few steps we are talking about are related to banking sector, says FM Sitharaman.

4:10 pm: FM Sitharaman and other senior Finance Ministry officials are taking their places. The press conference is about to begin.

4:08 pm: The press conference comes at an interesting point of time - a day after RBI released its annual report and shortly before the GDP figures for the first quarter of FY20 are announced.

4:05 pm: FM Nirmala Sitharaman is expected to address the media any time now. Speculations are rife that announcments related to the banking sector and real estate sector could be made during the press conference today. Some more measures to help the auto sector could also be made.

Onion prices soar to Rs 50 per kg in Delhi; Amazon sells at 32kg