Has printing of Rs 2,000 notes stopped? Here's what we know 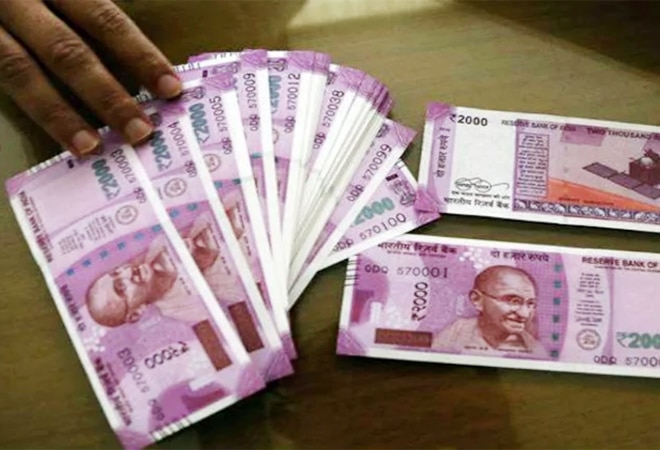 Minister of State for Finance Anurag Thakur told Lok Sabha that no order was issued with the press for printing 2,000-rupee notes during the years 2019-20 and 2020-21

The government has clarified it has not yet taken any decision to discontinue the printing of currency notes of Rs 2,000 denomination.

The clarification came following unconfirmed reports asserting that the Reserve Bank of India (RBI) has decided to stop their printing. Further elucidating on the same, the Centre debunked the reports stating that no such decision had been taken.

Minister of State for Finance Anurag Thakur told Lok Sabha in a written reply last week that the printing of banknotes is done by the government in consultation with the RBI in order to maintain "the desired denomination mix for facilitating transactional demand of public."

He further stated that no order was issued with the press for printing 2,000-rupee notes during the years 2019-20 and 2020-21, however, "there is no decision to discontinue the printing of Rs 2,000 denomination bank notes by the government," the minister said.

He further said the RBI had informed that in view of the nation-wide lockdown due to COVID-19 pandemic, the printing of currency notes stopped temporarily.

However, the note printing presses resumed production in a phased manner, as per the guidelines issued by Central/State government, he added.

Production activities at Bhartiya Reserve Bank Note Mudran Private Limited (BRBNMPL) presses were suspended from March 23, 2020, to May 3, 2020. Printing of bank notes at BRBNMPL presses resumed with effect from May 4, 2020.

Thakur further said that the Security Printing and Minting Corporation of India Limited (SPMCIL) had informed that the printing of bank notes at their presses was also affected due to the COVID-19 pandemic.

Both banknote presses of SPMCIL -- Currency Note Press, Nashik and Bank Note Press, Dewas were closed down from March 23, 2020, due to lockdown.

During the period of lockdown, note printing presses had uninterruptedly supplied notes to RBI offices/currency chests from the stock of notes available with them through Indian Railway Treasury Wagons, Thakur added.

To another question, the minister said the revision of family pension was one of the demands made by bank employee unions/associations during the course of their discussions with the Indian Banks Association (IBA), negotiating on behalf of its participating member banks, for the 11th bipartite wage settlement.

"IBA has informed that during the discussions with representative employee unions/associations consensus was arrived at on recommending revision of family pension," Singh said.

To a question, he said strengthening of monitoring of the banking mechanism was reflected in a steep reduction in the occurrence of frauds in public sector banks, with the amount involved in frauds declining from the peak of 0.96 per cent of bank loans in fiscal 2013-14 to 0.15 per cent in 2019-20.