On sub-schemes of PMKSY, the panel said under the scheme to promote setting up of cold chain, 430 projects were sanctioned by the ministry. Out of which, 103 projects have been cancelled, 210 have been completed and 117 are under implementation 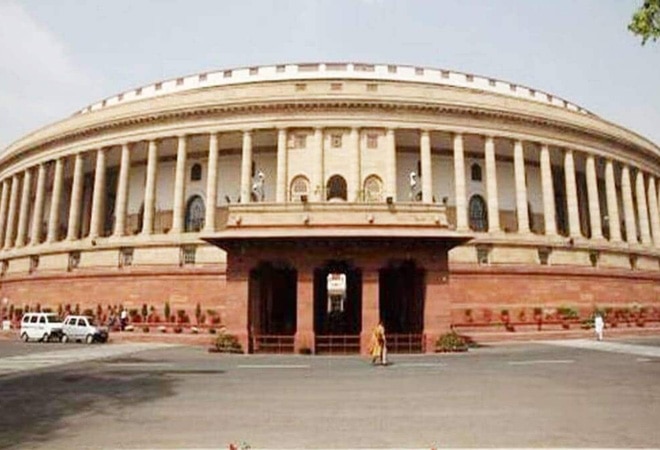 A Parliamentary panel on Tuesday flagged the poor performance of the Food Processing Industries Ministry, saying it has consistently under utilised allocated funds and even the flagship scheme Pradhan Mantri Kisan Sampada Yojana (PMKSY) has failed to garner good response.

PMKSY is an umbrella scheme, approved in May 2017, under which eight sub-schemes are implemented, including mega food park, integrated cold chain and value addition infrastructure.

In its 26th report tabled in Lok Sabha, Parliamentary Standing Committee on Agriculture chaired by BJP member C Gaddigoudar noted the food processing industries ministry was allocated Rs 1,308.66 crore in the BE 2021-22 fiscal. This was lower than its proposed demand of Rs 3,490.07 crore. However, the allocated amount was higher than Rs 1,247.42 crore given during BE 2020-21.

The committee observed that lower allocation of funds was due to less utilisation of allocated funds by the ministry, which is clear from its statement given regarding scheme-wise outlay and expenditure for three years -- 2018-19, 2019-20 and 2020-21.

"Thus, it is evident that under utilisation of allocated funds consistently by the ministry is acting as a stumbling block in achieving the objectives of the ministry i.e. addressing critical issues of food security, food inflation and providing wholesome nutritious foods to the masses, ensuring better returns for the farmers, generating employment and earning foreign exchange through the exports," the report said.

The committee therefore recommended that the ministry should strive hard for optimum utilisation of allocated funds.

With regard to achievements of the targets of eight sub-schemes under the PMKSY, the panel said, "there has been short fall in almost all the schemes as per the statement for the year 2018-19, 2019-20 and 2020-21".

The panel recommended to the ministry "to analyse reasons for inadequate proposals being received, year after year and to address the shortcomings noticed in implementation of the scheme in a time-bound manner".

Further, the committee said that lack of awareness about the scheme can also be a reason for inadequate receipt of proposals. It recommended that the government should launch a "Special Awareness Drive" with the purpose of increasing awareness about various components of PMKSY.

On sub-schemes of PMKSY, the panel said under the scheme to promote setting up of cold chain, 430 projects were sanctioned by the ministry. Out of which, 103 projects have been cancelled, 210 have been completed and 117 are under implementation.

"There is no doubt about the immense benefits accruing to farmers with the establishment of a cold chain in a particular area in terms of reduction of wastage and providing assured returns to the farmers. The committee, however, is concerned about the slow pace of implementation of this scheme," the panel said, and asked the ministry to resolve the issues in setting up of cold storage unit.

With regard to a sub-scheme 'Operation Greens', the panel said a total of 10 projects have been approved up to January 18 this year and out of them, five projects have been cancelled for want of progress and the rest five are under implementation.

The panel said it appreciates the ministry's decision to include other perishable commodities under the scheme in addition to tomatoes, potatoes and onions as it will not only benefit the farmers from distress sale of their produce but will also help in increasing their income.

"The committee is, however, apprehensive about the proper implementation of this scheme with limited funds," the report said.

On the sub-scheme to provide effective and seamless Backward and Forward Integration for Food Processing Industries, the panel noted that this too has not got the "desired momentum as of now".

"This is clear from the fact that out of 62 projects approved, only 21 projects have been completed and also utilisation of fund is less as against fund allocated at RE (Revised Estimate) stage," the panel said.

Out of the 27 projects meant for the creation of infrastructure in food processing skill training centres, only four projects have been completed so far.

However, the panel concurred with view of the ministry to bring two agencies -- Agricultural Processed Food Products Export Development Authority (APEDA) and Marine Product Exports Development Authority (MPEDA) -- under the purview of the Food Processing Industries Ministry. These two agencies are currently under the Ministry of Commerce and Industry.

Data breach can put up to $223 billion value of top-100 global brands at risk: Infosys