ICRA says with a steady performance of agricultural sector and a lagged recovery in contact-intensive parts of services sector, it estimates a small contraction of 1 per cent in GDP in Q3 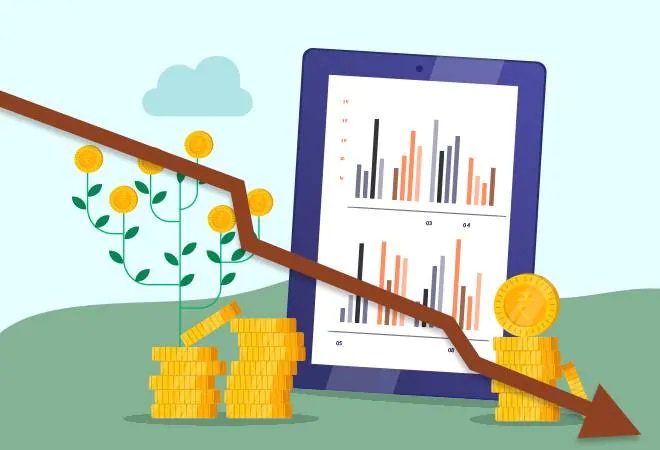 India's economy would shrink 7.8 per cent in the current financial year and just 1 per cent in third quarter of FY21, ratings agency ICRA in its latest report said. It also pegged fourth quarter growth at 1.3 per cent. After the NSO released the GDP data for Q2, ICRA had projected the growth contraction in FY21 between 7-9%.

The ratings agency said in Q3, rising raw material and wage costs would partly counteract the positive impact of a modest rise in volumes in the industrial sector. "With a steady performance of the agricultural sector and a lagged recovery in the contact-intensive parts of the services sector, ICRA forecasts a small contraction of 1.0% in the Indian GDP in Q3 FY2021," it said.

Subsequently, improving economic fundamentals, a bright outlook for rabi, and the visibility of vaccine availability are expected to strengthen demand. An expected revival in exports and a rise in government spending would contribute to a mild 1.3% growth in Q4, thus ending the recession in the economy.

"The technical recession is likely to end in that quarter (Q4), with a muted 1.3% growth benefitting from a real recovery as well as the low base effect. This is expected to limit the contraction in Indian GDP in real terms to 7.8% in FY2021," Aditi Nayar, Principal Economist, ICRA, said.

Recovery in consumer demand as well as volumes in Q3 remains tentative in many sectors. The urban consumer sentiment has also improved only modestly as per the latest survey conducted by the Reserve Bank of India. "In our view, the spending seen during the festive season was driven by pent-up demand, and consumption is yet to fully stabilise in various sectors," Nayar said.

The rating agency said supply-side and logistical disruptions have re-emerged in some states. Moreover, some companies have also started to enhance salaries, lifting the freeze that had been instituted during the pandemic.  It cautioned that rising raw material and wage costs could absorb a portion of the improvement in profitability afforded by recovering volumes in Q3.