Good news! Job hiring to return to pre-pandemic levels in 2021

Tech and product roles are likely to be the most sought after with 52 per cent saying those are the profiles for which they will hire the most in 2021. 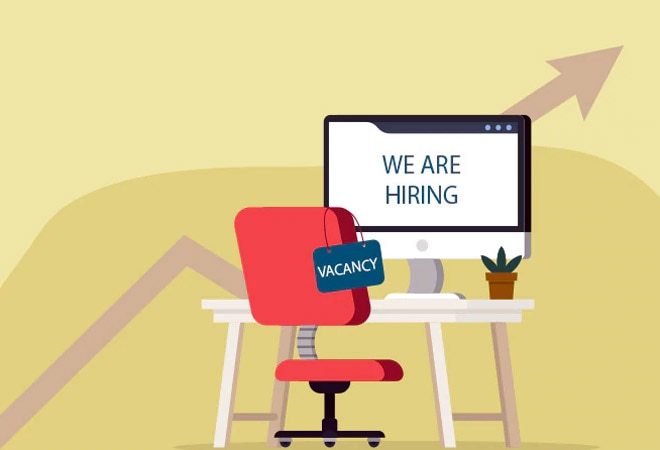 Around 22 per cent respondents said they would hire the same number as last year.

Job hiring is expected to return to pre-pandemic levels in 2021, with around 58 per cent of organisations saying they are planning to hire more in 2021 compared to last year, as per a survey of 120 companies from diverse regions by talent assessment firm Mercer Mettl. It also indicated that virtual hiring necessitated by the pandemic is here to stay in some form.

The 'State of Talent Acquisition Report 2021' found that recruitment managers are optimistic about returning to pre-pandemic hiring levels in 2021.

As many as 500 C-suite executives and HR leaders in education services, financial and business services, health and hospitality, IT, electrical and electronics were surveyed from mid-April to mid May 2021. The mix included small and large firms with up to 2,000 employees.

Of the respondents planning to increase hiring, 44 per cent said they plan to hike the number by up to 30 per cent. Tech and product roles are likely to be the most sought after with 52 per cent saying those are the profiles for which they will hire the most in 2021.

The survey found that the biggest challenge faced by hiring managers is bringing on board the right talent in a relatively short timeframe. Lengthy hiring cycles do not augur well in a highly competitive marketplace.

Nearly a quarter of those surveyed said it took them more than three months to hire fresh talent, according to the report. Furthermore, 35.92 per cent of companies reported lack of data-driven and tech-enabled hiring processes as a significant talent acquisition challenge.

On the other hand, 53 per cent of respondents who leveraged virtual hiring witnessed a significant decrease in their otherwise long recruitment cycle and 49 per cent saved significant hiring costs.

"The hiring trends have witnessed a sea change in the past 14 months of the pandemic. The State of Talent Acquisition Report 2021 details how the crisis has accelerated tech adoption and to what extent it would shape the future of work and skills. The report will encourage industry leaders to consider innovative approaches to hiring in 2021 and beyond," Mercer Mettl CEO Siddhartha Gupta said.

The report also found that nearly 50 per cent of respondents invested in technology and shifted to a virtual remote hiring system. They invested in online screening, interviewing, onboarding and campus hiring. Findings suggest that more than half (54.26 per cent) of those surveyed are prioritising virtual screening tools, such as communication skills assessment, as communication has assumed much greater importance in creating a unique proposition for companies.

Asian countries such as India, China and others, have registered a faster rate of tech adoption at 47 per cent. Likely cheaper access to internet, computers, tech innovations and mobile-first platforms have cumulatively contributed to this growth.