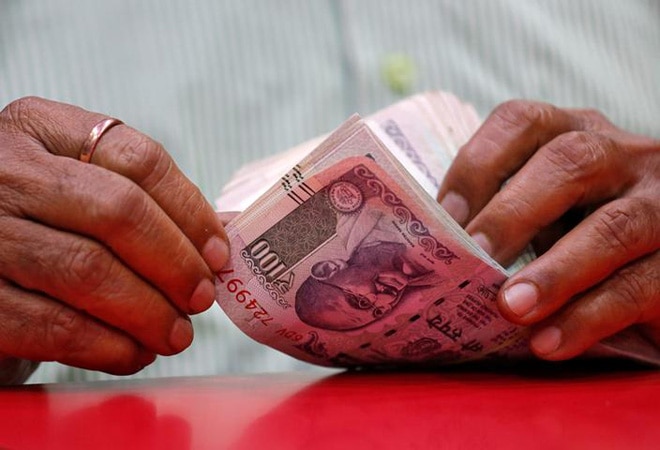 The government on Friday started off the first G-Sec auction of this fiscal by raising Rs 32,853 crore, the highest weekly market borrowing since May 2020, at a rate lower than the last auction in 2020-21, Care Ratings said.

The amount of Rs 32,853 crore -- higher than the notified quantum of Rs 32,000 crore -- has been raised at a rate of 6.14 per cent, indicating that the central bank's liquidity and yield control moves are paying off.

In the first G-Sec (government securities) auction of the new fiscal, the government has raised Rs 32,853 crore, the highest weekly market borrowing since May 22, 2020 and notably higher than the notified amount of Rs 32,000 crore, despite a Rs 10,000 auction almost fully devolving, Care Ratings chief economist Madan Sabnavis said in a note.

The weighted average yield in Friday's auction was 6.14 per cent, 4 basis points lower than the cost of borrowing in the last auction held on March 19, 2021.

The government's borrowing cost has been beyond 6 per cent during the past three auctions -- something that got the government and the monetary authority worried.

This led the central bank on April 7 to commit Rs 1 lakh crore of assured liquidity pumping this quarter by introducing a new tool called the government securities acquisition programme or G-SAP.

The objective of the programme is to keep the bond yields under control so that the fledgling recovery is sustained.

Importantly, of the Rs 11,000-crore 5-year money, the RBI accepted bids worth only for Rs 73 crore, leading to a devolution of Rs 10,926 crore on the primary dealers.

However, the RBI exercised the green shoe options in the other three instruments, aggregating Rs 5,852 crore, leading to the overall money raised much more than the notified amount, Sabnavis said.

For the fiscal, the government has budgeted for total gross market borrowings of Rs 12.05 lakh crore, of which 60 per cent or Rs 7.24 lakh crore will be raised in the first half.