The Union Ministry of Culture has released Rs 57 lakh GST refund to the GST authority in Ludhiana which is to be forwarded to the Shiromani Gurdwara Parbandhak Committee, which manages Sikh shrines 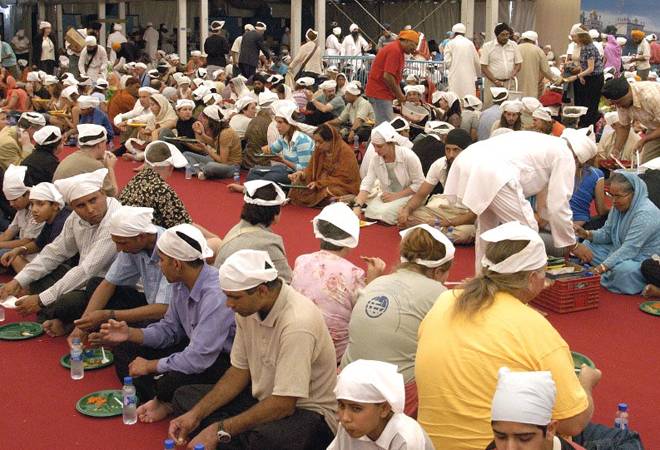 Union minister Harsimrat Kaur Badal said on Thursday that the Centre has released Rs 57 lakh as refund on the GST charged on raw materials used to prepare food at 'langars' in gurdwaras, including the Golden Temple.

The three-time Bathinda MP thanked Prime Minister Narendra Modi for fulfilling the promise made to the Sikh community by initiating the process of refunding the Goods and Services Tax (GST) imposed on religious institutions.

In a statement issued here, she said the Union Ministry of Culture has released Rs 57 lakh GST refund to the GST authority in Ludhiana which is to be forwarded to the Shiromani Gurdwara Parbandhak Committee, which manages Sikh shrines.

"This is the first installment of GST refund and henceforth this refund will be issued quarterly to the SGPC. I thank the prime minister for the respect shown to Sikh sentiments by resolving this issue to the satisfaction of the Sikh community," the minister said.

The previous NDA government had decided to waive the GST on items used in preparing food at 'langars' (community kitchen) by providing financial assistance under the 'Seva Bhoj Yojna'.

Under the scheme, it was decided to reimburse both the central GST and the IGST (Integrated Goods and Service Tax) imposed on gurdwaras as well as other religious institutions hosting 'langars'.

The Bathinda MP had earlier urged the prime minister to waive the GST on ingredients used to prepare 'langars'.

She had said that the Golden Temple ran the world's largest community kitchen offering free meals throughout the year to lakhs of people, the donation for which was received from the offerings of devotees.