Nominal GDP will be around Rs 215 lakh crore instead of the budgeted Rs 225 lakh crore. Fiscal deficit will be 5.5-5.7 per cent against the budgeted target of 3.5 per cent 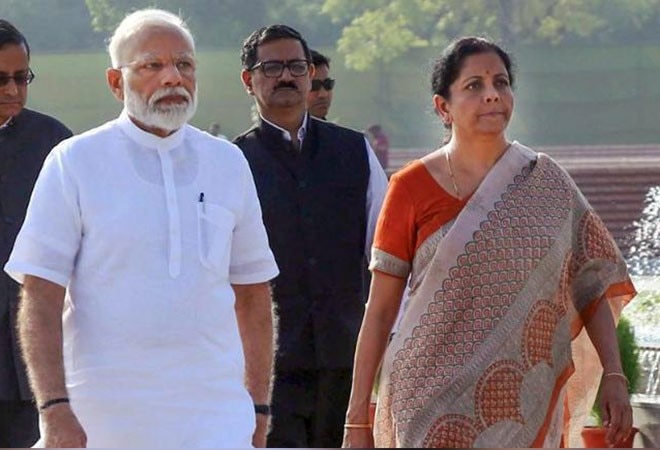 The government has substantially increased its gross market borrowing estimates for 2020-21 to Rs 12 lakh crore from the budget estimate of Rs 7.8 lakh crore, an increase of more than 50 per cent, effectively indicating that they are taking a big hit on fiscal deficit.

The increased borrowing limit means that the government is now estimating at least a 5.5 per cent fiscal deficit in the current financial year against the budget estimate of 3.5 per cent. With the Coronavirus pandemic and the resultant lockdown, the nominal GDP growth would be around 5-6 per cent against the budget target of 10 per cent. This means the

While releasing the revised borrowing calendar, the department of economic affairs said that the revision was necessitated on account of COVID-19 pandemic.

Analysts say that the revised market borrowing estimates suggest that the government is looking at a sharp fall in tax and non-tax revenues. According to Madan Sabnavis, chief economist, CARE Ratings, the government has realised that it will see a fall in tax collection and the higher borrowing limit is nothing but just to finance the existing budget.

"The government has estimated Rs 24.23 lakh crore tax collection for the year, but two months of lockdown puts a total of Rs 4 lakh crore under pressure and with not more than 20 per cent attainable through limited activity," says a CARE Rating note.

Besides the fall in tax collection, Sabnavis says that it is unlikely that the government may achieve the disinvestment target of Rs 2.1 lakh crore in the current financial year. At most, it can achieve half of that.

However, he says that the revised market borrowing limit cannot be linked with the stimulus package as the move is aimed only at meeting its existing expenditure of Rs 30 lakh crore. He says that if the government announces any stimulus in the future, it will have to borrow more.

The government has so far announced a Rs 1.7 lakh crore stimulus package, of which only around Rs 70,000-80,000 crore is the incremental expenditure it would incur. The rest is already budgeted for the fiscal.

The upward revision in the Centre's borrowings for the remainder of FY2021, although sharp, was inevitable, said ICRA. "Higher borrowings are likely to push up yields, unless OMOs or other instruments are deployed by the RBI to absorb a part of the higher issuance, and crowd out borrowings by state governments and corporates. However, less pressure on expenditure compression to offset the expected revenue shortfall, would allow economic activity to display some semblance of recovery in the latter part of this fiscal year," it said.