The SIT has been instructed to submit its report in seven days' time. Meanwhile, Prime Minister Narendra Modi also spoke to CM Adityanath on Wednesday directing him to take a stern action against the culprits behind the tragic case 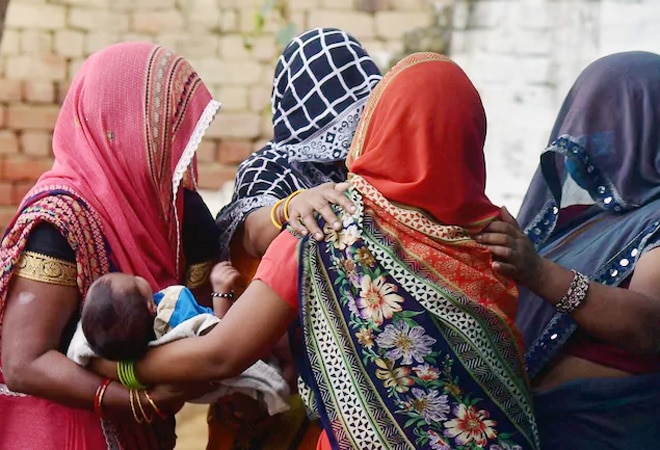 The body of the 19-year-old Dalit woman, who died in a Delhi hospital after she was gang-raped, was cremated in Hathras in the early hours of Wednesday. (Photo:PTI)

The CM has also asked for conducting the case's trial in a fast track court, a senior government official told PTI. He added that state home secretary Bhagwan Swarup will lead the SIT while DIG, Chandraprakash, and commandant PAC Agra, Poonam, will be the other members of the panel.

The SIT has been instructed to submit its report in seven days' time. Meanwhile, Prime Minister Narendra Modi also spoke to CM Adityanath on Wednesday directing him to take a stern action against the culprits behind the tragic case. A tweet from the UP CM's official Twitter handle confirmed that PM Modi had talked to him about the incident.

The body of a 19-year-old Dalit woman, who passed away at a Delhi hospital a fortnight after she was gang-raped was cremated in Hathras in the wee hours of Wednesday. The family of the victim alleged that the local police forced them to perform the last rites in the dead of the night. However, local police officers told the news agency that the cremation was carried out as per the wishes of the family.

On September 14, the young woman went to the fields with her mother and went missing soon after. She was later found, beaten and tortured, her tongue cut as she bit it when the accused attempted to strangle her.

Also Read: TPG, Mubadala next in line to invest around $1.8 billion in Reliance Retail

The woman was first admitted to Aligarh Muslim University's Jawaharlal Nehru Medical College and Hospital and then shifted to Safdarjung Hospital in Delhi on Monday after her condition showed no signs of improvement. She eventually died of severe injuries, sparking protests, outrage, and calls for justice.

Meanwhile, Congress has been holding protests in Delhi and various parts of Uttar Pradesh demanding justice for the gang-rape victim.

Party leader Rahul Gandhi, in a tweet, said, "A daughter of India is raped-murdered, facts are suppressed and in the end, the right to perform the last rites is also taken away from the victim's family."

"It is insulting and unjust," he said in the tweet in Hindi using the hashtag 'Hathras Horror Shocks India'.

Along with the tweet, Rahul Gandhi also tagged a video purportedly of the cremation site showing a police officer not answering queries as to whether the body of the victim was being cremated there.

Congress General Secretary Priyanka Gandhi said, "I was on the phone with the Hathras victim's father when he was informed that his daughter had passed away. I heard him cry out in despair."

"He had just been telling me that all he wanted was justice for his child. Last night the victim's father was robbed of the chance to take his daughter home for the last time and perform her last rites," she said in a series of tweets.

Tagging Adityanath, Congress leader Priyanka Gandhi said, "RESIGN. Instead of protecting the victim and her family, your government became complicit in depriving her of every single human right, even in death. You have no moral right to continue as chief minister."

In another tweet in Hindi, she alleged that at 2:30 am Wednesday the "victim's kin kept requesting," but the UP administration "forcibly" cremated the deceased.

Tagging Adityanath and asking him to resign, Priyanka Gandhi said, "There is no justice in your rule, only injustice."

Congress' chief spokesperson Randeep Surjewala also hit out at the BJP government in Uttar Pradesh and asked why the victim's family was denied the right to perform her last rites and why was the body cremated at 2:30 am.

He alleged that all limits of atrocities and brutality had been crossed and demanded Yogi Adityanath's resignation.