The bungalow, currently carrying the address 6A, Krishna Menon Marg was originally known as the 8, Hastings Road bungalow in the British-era, and its last occupant was former prime minister Atal Bihari Vajpayee 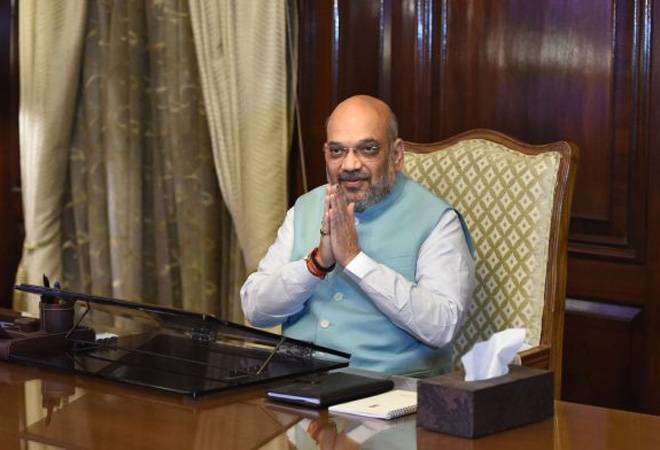 A sprawling bungalow in Lutyens' Delhi that Union Home Minister Amit Shah is likely to be allotted, had once served as the residence of the architect of Parliament House during the construction of the new imperial capital of India, according to a historian.

The bungalow, currently carrying the address 6A, Krishna Menon Marg was originally known as the 8, Hastings Road bungalow in the British-era, and its last occupant was former prime minister Atal Bihari Vajpayee.

City-based historian and author Swapna Liddle, says this bungalow has had many noted occupants and architect Sir Herbert Baker resided in it while New Delhi was being built as the new capital of the British Raj.

While Sir Edwin Landseer Lutyens was the main architect of the new imperial capital, Baker and other architects also assisted in designing several iconic buildings dotting the landscape.

Baker is chiefly known for designing the iconic North Block and South Block of the government Secretariat on the Raisina Hill and the Parliament House (then called Council House) next to it.

British monarch King George V had announced shifting of the imperial capital from Calcutta to Delhi in 1911 at an impressive Delhi Durbar, and Lutyens was assigned the task to design 'New Delhi'.

Liddle, author of 'Connaught Place and the making of New Delhi' said, she had also mentioned about the bungalow in her book.

"This sprawling bungalow (6A, Krishna Menon Marg) is one of a series of bungalows that were built on this road for secretaries to government. It is one of the prime addresses in Lutyens' Delhi today.

"Through a photograph of this house preserved in the collection of the Royal Institute of British Architects (RIBA), I had later learned that Herbert Baker had lived in this bungalow when it was newly built," Liddle told PTI.

The RIBA's collection carries a rare sepia-toned photograph of the bungalow, titled 'Bungalow, 8 Hastings Road, New Delhi'. According to RIBA, the architectural style of the bungalow with its impressive facade, is "classic revival" and the photo was taken in 1920.

"This house was Baker's residence during the construction of New Delhi but it is not clear whether he designed it himself," reads a note attached with the photograph.

The foundation stone of the Parliament House was laid in 1921 by the Duke of Connaught and it was inaugurated in 1927 by Viceroy Lord Irwin.

Shah, who took charge as a Union minister for the first time last week following a landslide victory of the BJP-led NDA, is currently staying at 11, Akbar Road residence.

Its last occupant Vajpayee, had moved to the house in 2004 after his government was voted out, and stayed there with his family for nearly 14 years.

His family vacated the house last November after his death in August.

When Vajpayee had moved to the Krishna Menon Marg house, he had got the municipal number of the bungalow changed from 8 to 6-A.

Liddle, also convener of INTACH Delhi Chapter, says, the bungalow, besides Vajpayee, has been occupied by several other noted personalities as well.

The historian said, when she used to hang out in the bungalow in late 80s, along with her friends, she would see an intriguing sandstone fountain in the back garden.

"The fountain at its centre, actually had a capital on a platform, with a design reflective of the secretariat pillars," she said.