'Howdy, Modi!' event: "India has never invested in the United States like it is doing today, and I want to say it is reciprocal because we are doing the same thing in India," says Trump 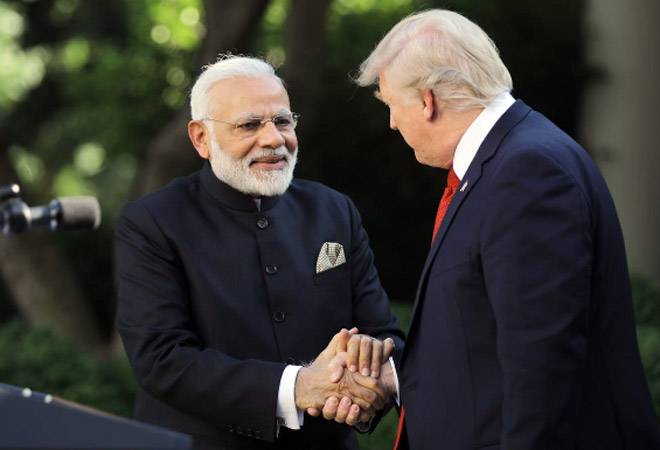 US President Donald Trump during his address at the NRG Stadium in Houston on Sunday said PM Modi was one of the greatest friends of the US and that he was doing a great job as the Indian Prime Minister. He said that as a result of PM Modi's pro-growth policies, India had lifted nearly 300 million out of poverty, and that was an incredible achievement.

Telling PM Modi that he never had a better friend than him in the White House, Trump said both India and the US were investing in each other like never before. "India has never invested in the United States like it is doing today, and I want to say it is reciprocal because we are doing the same thing in India," he said.

Trump added that both the nations were working hard to eradicate Islamic terrorism.

He said India India would soon have access to another world-class American product -- NBA basketball. "Wow, sounds good. Next week, thousands in Mumbai will watch the first-ever NBA game in India...am I invited Mr Prime Minister? I may come, be careful I may come," Trump quipped.

"PM Modi and I have come to celebrate everything India and America share. So happy to be with 50,000 hardworking American-Indias. We are proud to have you as Americans," the US President said.

PM Modi, backing the US President for the 2020 presidential polls, said "Ab Ki Baar, Trump sarkar", on the lines of the  slogan his party, the BJP, had coined for him - 'Ab Ki Baad Modi Sarkar' - in the 2014 Lok Sabha polls.