Hyderabad rape and murder case: BSP chief Mayawati has also applauded the Hyderabad police and said that UP and Delhi police should take inspiration 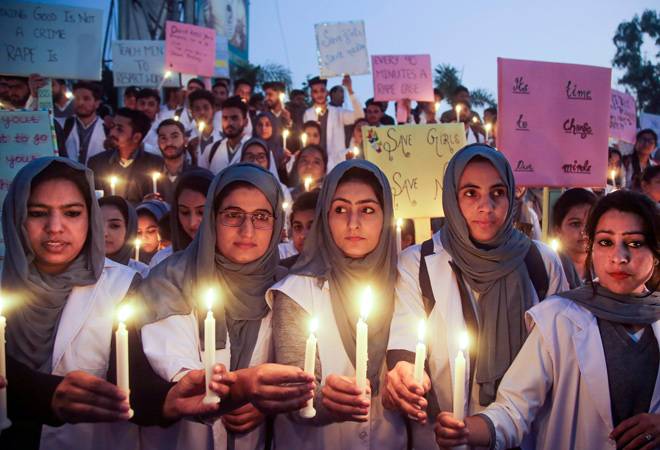 Hyderabad police have been receiving praises on social media for the encounter of the four accused in the rape and murder of the veterinarian. However, a section of the users have questioned the encounter and said that this could set a dangerous precedent.

Neighbours of the woman veterinarian tied rakhi to the Hyderabad police after the accused were killed. People took to the streets to cheer the police personnel.

One of the first people to say that the encounter came as good news was Nirbhaya's mother, Asha Devi. "At least one daughter has been served justice. I thank the police. I have been shouting for 7 years, punish the culprits even if it needs to be done by breaking laws and then see how the society changes for good. I am still taking rounds of the court. December 13 is yet another date and I have to go to the court again. Her parents must be relieved now that justice has been served to their daughter. A sense of fear will develop among the perpetrators of such heinous crimes," Asha Devi said.

Hyderabad: Neigbours of the woman veterinarian, tie rakhi to Police personnel after the four accused were killed in an encounter earlier today pic.twitter.com/ltNsBLOPO6

BSP chief Mayawati has also applauded the Hyderabad police. "Crimes against women are on the rise in Uttar Pradesh, but the state government is sleeping. UP and Delhi Police should take inspiration from Hyderabad Police, but unfortunately here criminals are treated as state gueststhere is jungle raj in UP right now," Mayawati said.

MP Rajyavardhan Rathore also took to Twitter to support the Hyderabad police. "I congratulate the hyderabad police and the leadership that allows the police to act like police. Let all know this is the country where good will always prevail over evil (Disclaimer for holier than thou- police acted swiftly in self defence)" he said.

#WATCH Hyderabad: People celebrate and cheer for police at the encounter site where the four accused were killed in an encounter earlier today. #Telanganapic.twitter.com/WZjPi0Y3nw

Filmmaker AR Murugadoss congratulated the police and said, "My salute to the Hyderabad police department for the action they took...waiting for the day where every woman feels safe and secure to live in this country...(sic)"

However, not everyone were taken by the encounter. Lot of Twitter users questioned the sequence of events that led to the encounter. They also asked if all of the accused had weapons that they used against the police.