India, a fast-growing middle-income country, is at a critical juncture in its development trajectory. 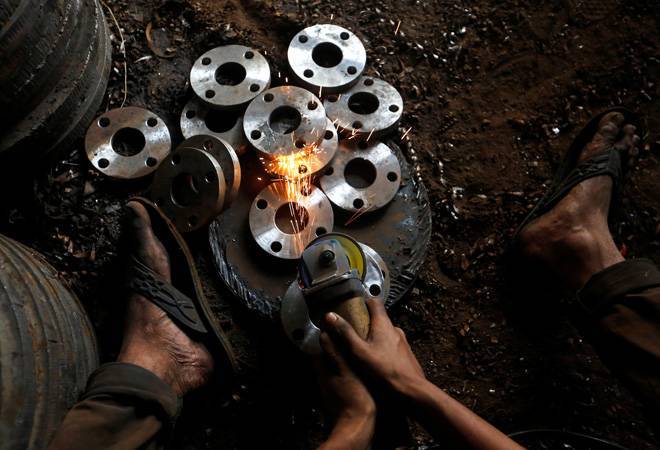 ILO India released the third five-year 'Decent Work Country Programme' (DWCP) for the years 2018-2022, outlining how the government, worker and employer organisations will work together for the next five years to ensure a progressive and just future of work-for-all. India, a fast-growing middle-income country, is at a critical juncture in its development trajectory.

It has the world's largest youth population, sees overlapping shades of industrialisation and has a large informal economy. There have been persisting challenges such as workers in low-paid jobs , poor working conditions and the risks of climate change that can put millions in danger of job losses.

ILO's The Decent Work Country Programmes has outlined a strategy to deliver on the three priorities:

He elaborated on many national initiatives the government has taken in the recent past that are in alignment with ILO's principles of decent work. He cited the recent amendments to the Maternity Benefit Act of 2017, launch of a dedicated portal that aims to check child labour in the country by involving state, districts, civil society members and others, national codes on OSH, among other.

Tomoko Nishimoto, Assistant Director-General and Regional Director, ILO Office for Asia and the Pacific, drew attention to the dynamic economic growth of the Asia and Pacific region and India's strategic role. She shared positive and negative storylines from the recently-released flagship report of the ILO: Asia and the Pacific Employment and Social Outlook (APESO ).

Between 2007 and 2017, countries in this region have had 7.6 per cent annual GDP growth. Labour productivity has grown, outpacing the global average. Yet grave challenges exist such as pervasive poverty, vulnerability in employment, and wide gender gaps.

In fact, reaching the Sustainable Development Goal targets is getting difficult. "Can India turn this around? Can India find solutions and approaches to its many Gordian knots such as-a large informal economy, challenging youth unemployment, inequalities, access to social security, skills development, entrepreneurship, gender gaps, and transition to a greener economy? We have gathered here to say "Yes" to these questions," says Nishimoto.

Addressing the issue of informalisation, Amarjeet Kaur, General Secretary, All India Trade Union Congress (AITUC), says how the trend towards contract labour has increased- fallout of neo-liberal economic models that must be checked. She says that trade unions were also hoping that with the focus on International Labour Standard promotion in this Decent Work Country Programme results in the ratification of Convention 87 Freedom of Association and Protection of the Right to Organise Convention  and Convention 98: Right to Organise and Collective Bargaining Convention , among others.