'Imagine the pace at which we can work': Full text of PM Modi's letter to citizens in BJP manifesto

The Bharatiya Janta Party (BJP) has released its manifesto for the upcoming Lok Sabha Polls today. The 'Sankalp Patra' was released in the presence of party's top leaders. 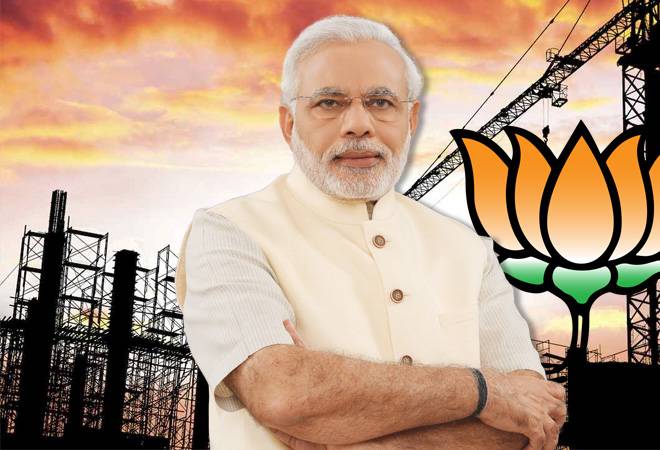 The Bharatiya Janta Party (BJP) has released its manifesto for the upcoming Lok Sabha Polls today. The 'Sankalp Patra' was released in the presence of party's top leaders.

This is the full text of prime Minister Narendra Modi's letter to the citizens in the BJP's 2019 manifesto:

The BJP comes to you to seek your valued blessings yet again, so that India continues unhindered on the path of development, to realize its true destiny with renewed vigor.

Five years ago, on 26th May 2014, we commenced our journey to transform our great nation and do justice to the historic mandate bestowed upon us.

At that time, India's challenges were monumental- our economy was in the doldrums, the nation was among the fragile five, pessimism and despair was all-pervasive and corruption was rampant. There were serious doubts in the minds of many about India's ability to fulfill the dreams and aspirations of her citizens.

But, if challenges were enormous, so was our resolve to build a stronger, safer and prosperous nation. Powered and inspired by the strengths and skills of 130 crore Indians, we converted obstacles into opportunities, decay into development and pessimism into positivity.

At an unimaginable speed and scale, what seemed impossible earlier soon became a reality. In the last  five years, every Indian family got a bank account due to Jan Dhan Yojana, 50 crore Indians got health insurance thanks to Ayushman Bharat and more than 40 crore people in the unorganised sector can now avail pension coverage. A subject like cleanliness ignited the imagination of the nation and now we are close to 99% sanitation coverage, compared to a mere 38% in 2014. It is now possible for youngsters from smaller towns to become entrepreneurs thanks to Mudra Yojana. The rising neo-middle and middle class with taxable income upto Rs. 5 lakhs no longer need to pay income tax.

Our Government filled the infrastructure gaps with speed and foresight. The pace of construction of roads and railway lines has doubled. India has now more efficient pos. 18,000 villages living in darkness till 2014 are now brightly lit thanks to rural electrification efforts. More than 2.6 crore homes have been electrified through Saubhagya Yojana. Over 1.5 crore homes built over the last five years have enabled millions to dream big.

The nation is no longer helpless against the barbaric forces of terror. Any destructive ideology that destroys the atmosphere of peace and unity is and will be given a being reply. They are being paid back in their own coin, with compound interest.

India's Northeast, which earlier made headlines for blockage and neglect, is now witnessing unprecedented development. The Northeast is now closer to the national mainstream in more ways than one.

The Central Government has waged a determined crusade against the scourge of corruption and black money. The culture of middlemen roaming in the corridors of power is now history. Decisions are guided by public interest of all Indians and not the self-interest of a select few. The trinity of Jan Dhan- Aadhaar and Mobile has weeded out over 8 crore fake beneficiaries, and prevented leakages of more than Rs. 1 lakh crore. Systems have been strengthened to prevent money laundering. The corrupt have begun to realize that their machinations will no longer be tolerated.

One can clearly see how development has become a mass movement. Numerous people friendly decisions have led to the empowerment of 130 crore Indians and the safeguarding of our strategic interests.

Today, India stands tall at the international level. The world recognizes India's immense potential, which is clearly reflected in a record rise in foreign investment. India's stand on subjects like terrorism, climate change and prevention of money laundering are setting the global narrative.

Through this Sankalp Patra, you would get a glimpse of the challenges of the yesteryears, the indomitable efforts made by 130 crore Indians to overcome those challenges and our collective vision for the future.

We have achieved a lot in the last five years and we want to do lot more. There are two commitments that I am extremely passionate about- doubling of farmer income and housing for all, by the year 2022. With your support, I am sure both will happen.

I thank lakhs of alert, committed and patriotic citizens of India, who have enriched the Sankalp Patra with their valuable inputs. This Sankalp Patra is the voice of the people in the truest sense.

Your vote in 2014 for a strong and decisive government enabled us to fill some of the biggest shortcomings of five decades of dynastic rule in a short span of just five years. Now that these shortcomings have been successfully addressed, imagine the pace at which we can work in the times to come.

The next five years are crucial because in 2022, we mark the 75th anniversary of our Independence. Generations of great women and men laid down their lives so that we could breathe the air of freedom. It is our sacred duty to create the India of their dreams.

Having seen the work of different political parties and ideologies, the people of India are convinced that if there is one pay that can address their problems, it is the BJP. The Mantra of 'Sabka Saath, Sabka Vikas' has resonated across the length and breadth of India. BJP is a pay for every Indian. It is a Pay that works 24/7 at the grassroots level.  That is why, the support we have received has been historic and unprecedented New India has broken from the shackles of the past. Today, we are a nation that is daring to dream and dreaming to dare. There is an air of hope and a spirit of aspiration among the youth.

Together, let us work towards building a strong and inclusive India, whose citizens are assured of dignity, prosperity, security and opportunity.