Tax sleuths conducted 'surveys' at as many as nine Bitcoin exchanges in the country. During the investigation, the I-T department looked for evidence to establish identity of investors and traders, transactions undertaken by the Bitcoin traders in India. 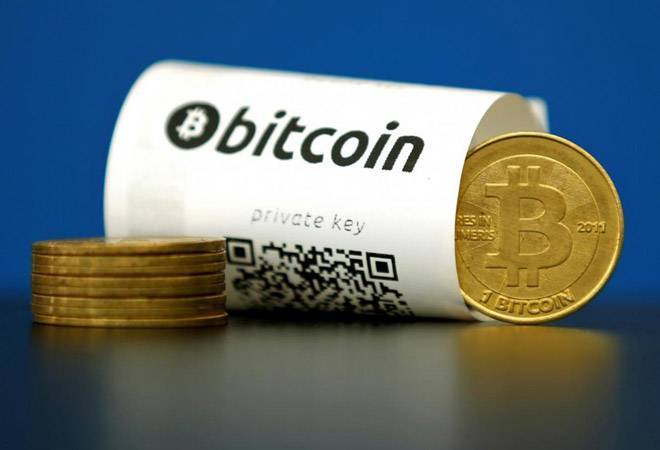 As the most popular cryptocurrency touches new highs, the income tax department on Wednesday began its nationwide crackdown on Bitcoin exchanges. Tax sleuths conducted 'surveys' at as many as nine Bitcoin exchanges in the country. During the investigation, the I-T department looked for evidence to establish identity of investors and traders, transactions undertaken by the Bitcoin traders in India.

Bitcoin exchange Coinsecure, which has offices in Delhi and Bangalore, has come out with a statement: "Senior officials from the income tax department conducted a survey across our Delhi and Bangalore offices in an attempt to gauge and comprehend the state of Bitcoin in India... The broad sword of discussions was to understand Bitcoin and cryptocurrencies and their users, The officials had requested data to try and analyse taxability of Bitcoin. Everything was extremely routine and all exchanges in India have gone through the same process cooperating and coordinating with the authorities."

Earlier, reports had suggested that some tax evaders may be parking illicit money in Bitcoin. The monthly trade of bitcoins in India is estimated to be between Rs 5,000 crore - 10,000 crore and an average 50,000 people register daily on Bitcoin exchanges. The virtual currency has seen a whopping 1500 per cent surge in its value in less than a year.

Although, Bitcoin is yet to be officially recognized in the country, the Reserve Bank of India has on three separate occasions put out risk warnings against investing in virtual currencies.

What are bitcoins (BTC)?

It's a digital currency invented by one Satoshi Nakamoto (nobody knows who he is) which can be mined by anybody who has computing skills, though mining it is becoming difficult by the day.

Why is it such a rage?

It's finite (only 21 million bitcoins can ever be mined, of that around 17 million have already been mined). It's totally decentralized. It's not controlled by any country. In Japan, it's a legal tender. In Switzerland you can pay taxes using bitcoins. Canada allowed futures trading in BTC for the first time on Sunday.

Why is its price rising?

Since it's finite, as more and more people get into bitcoin buying and selling, the price keeps rising. It's risen from around $1000 at the beginning of this year to cross $19000 last week.
But precisely because there is no country or regulator controlling it, the prices are volatile and can rise or fall up to 40 per cent at the slightest of good or bad news.

How is BTC mined?

Miners have to download a decentralized ledger. They have to validate the ledger every 10 minutes. All this is done using blockchain tech and cryptography. For validating they are rewarded new BTC on first-come, first-served basis. Ten years ago, 50 BTC were distributed every 10 minutes. In 2012 it was 25 every 10 minutes. Today, it's 12.5 and in 2020 it will be 6.25. This requires faster processing capability because whoever validates the fastest gets them.

What's the status in India?

RBI has issued warnings in 2013, early 2017 and now, but it continues to treat it like a hot potato and refuses to regulate it.

Meanwhile, about 40 bitcoin and crypto-currency exchanges are trading BTC and other currencies such as Ethereum at up to Rs 100 crore a day. Investors are getting into it looking at the past returns, without realizing the risks involved.

Exchanges have tied up with companies and so today you can possibly pay for a lot of things such as phone bills, DTH bills or even transfer your earnings from abroad using BTC. This is at a time when the RBI has clearly stated it's not a legal currency, it has no backing of assets behind it and has warned against it.

Is trading on bitcoin exchanges safe?

In the big ones, perhaps, yes. But since there is neither a licensing, nor regulation, miscreants can always fool gullible investors and dupe them of their funds.

An earlier version of this story said - "Business Today photographer Nilotpal Baruah was at one of the bitcoin exchanges, Coinsecure, in Bangalore when the raid began. The investigation team took control of computers, servers and detained all staff, including the founder and CTO Benson Samuel. The income tax officials have sought information on the records maintained by the exchanges to uncover the money trail."

Coinsecure has denied Samuel was detained, saying, "None of our staff were detained nor were computers seized.  Benson was pretty much asked questions about the technical side of how Bitcoins work and was asked for various data sets."