Independence Day celebrations: The ministry said that activities for the day could include the planting of trees, school and college debates, quizzes, poetry competitions -- all online 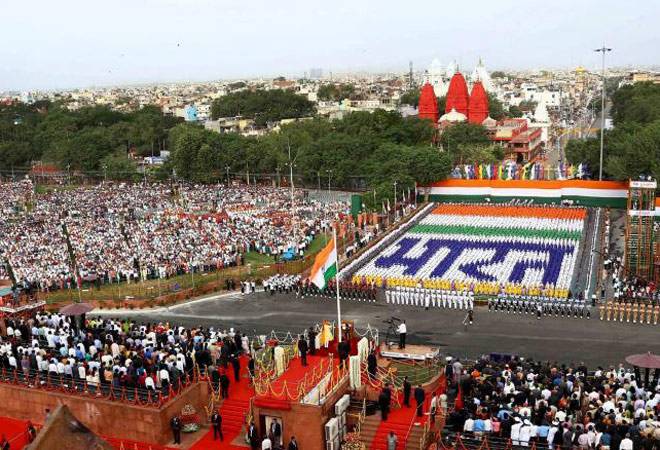 Unlike Independence Day every year, this year's celebrations are likely to be slightly subdued. The Ministry of Home Affairs issued guidelines for the celebration of Independence Day and said that while the celebrations would take place 'befitting the occasion' but appropriate measures would also be ensured. "It is imperative to follow certain preventive measures such as maintaining social distance, wearing of masks, proper sanitisation, avoiding large congregations, protecting vulnerable persons etc, and follow all guidelines related to Covid-19 issued by Ministry of Home Affairs and Health and Family Welfare," stated the order.

The ministry said that activities for the day could include the planting of trees, school and college debates, quizzes, poetry competitions -- all online. Launching of schemes, talks on social media, thematic webinars and more would also be organised. "It would be appropriate that the theme of 'Atma Nirbhar Bharat' is suitably spread and publicised among masses through various activities and messages in the functions and on social media during Independence Day celebrations," it stated.

"It would also be appropriate that COVID-19 warriors like doctors, health workers, sanitation workers are invited in the ceremony as a recognition of their noble service in fight against Covid-19 Pandemic," the advisory said.

The Red Fort event would consist of a guard of honour by the armed forces and the Delhi Police to the Prime Minister, unfurling of the national flag and firing of the 21-gun salute. It would be followed by a speech by the PM and singing of the national anthem. The 'At Home' reception would take place at the Rashtrapati Bhavan.

At state, union territories, district level, sub-division or block level and panchayat headquarters or large villages the celebration would start at 9 am. It would consist of unfurling of the flag, playing of the national anthem, presentation of the guard of honour by the police, including paramilitary forces, home guards, NCC, scouts, speech by the Chief Minister or district magistrate, sub-divisional magistrate or panchayat head, and singing of the national anthem.

Performance of police and military bands may be recorded at places of historic importance associated with the Independence movement; and recorded versions thereof may be displayed through large screens and digital media, during public functions and on social media, the advisory said.