India has consistently outperformed on innovation relative to its level of development for ten years in a row, a record only matched by three other countries in the 131 country/economy ranking 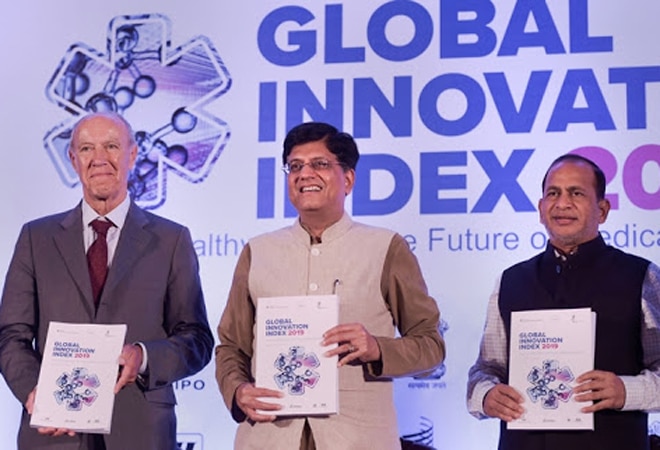 India has moved up four positions on the annual Global Innovation Index (GII) of the World Intellectual Property Organisation (WIPO) to make it to the top-50 list for the first time.

The country has consistently outperformed on innovation relative to its level of development for ten years in a row, a record only matched by three other countries in the 131 country/economy ranking. Published annually since 2007, GII 2020 is jointly brought out by WIPO and Cornell University, INSEAD.

India ranks 48th in the GII 2020, ramping up from 81st in 2015. Together with China, Vietnam and the Philippines, India has made the most significant progress in the GII innovation ranking over time. The country retains the regional top rank and becomes third in the rankings among the lower middle-income economies.

India's role in the global ICT services industry is reflected in it being ranked first in ICT services exports. It also stands out for its rate of productivity growth, for which it ranks 9th globally. Its human capital and research systems benefit from a particularly high number of graduates in science and engineering, ranking 12th in this indicator, and of R&D-intensive global companies, for which it ranks 16th. Three Indian clusters - Bengaluru, Delhi and Mumbai - feature in the top 100 list, attesting to India's presence in the global innovation economy.

GII 2020 also indicates that India increases the most in three pillars: Institutions (61st), Business sophistication (55th), and Creative outputs (64th). In Institutions, indicators Political and operational stability (83rd), Government effectiveness (55th), and most of all Ease of resolving insolvency (47th) improved remarkably. In Business sophistication, indicator GERD or Gross Expenditure on R&D financed by business (48th) is available this year, while ranks also improved for both intellectual property (IP) payments (27th) and Research talent (38th). In Creative outputs (64th), India increased by a combination of performance improvements and model changes. It gained several places in indicator Cultural and creative services exports (21st) and it ranks 31st in the new GII indicator on Global brands with TATA Group having 164 brands of its brands in the top 5,000, the report said.