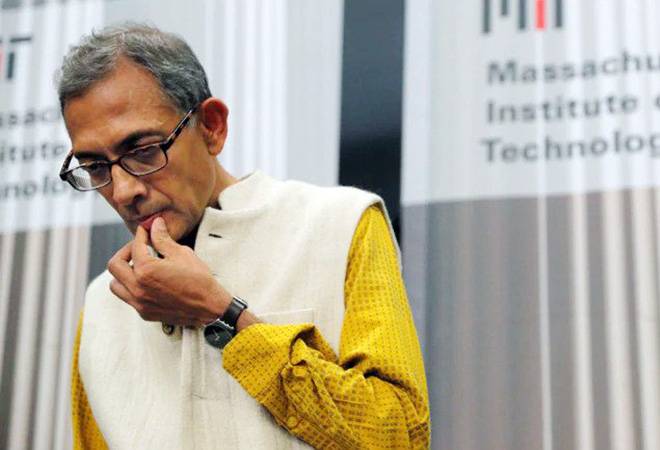 Nobel Laureate Abhijit Banerjee on Tuesday said India is among the worst performing economies in the world and the government's economic stimulus was inadequate to tackle the problem. He, however, said that the country will see a revival in growth in the July-September quarter of the current fiscal.

The country's economy contracted by a record 23.9 per cent in the first quarter of the current fiscal. Goldman Sachs has sharply cut its 2020-21 GDP forecast to a contraction of 14.8 per cent. Fitch Ratings has also revised its forecast to 10.5 per cent contraction. Banerjee, currently a professor at Massachusetts Institute of Technology (MIT), said he does not think that India's economic stimulus was adequate. "India's economic stimulus was limited. It was a bank bailout. I think we could have done more," he said.

The stimulus measures "did not increase consumption spending of lower income people as the government was not willing to put money in the hands of the low income population", he explained. In May, the government had announced a Rs 20.97 lakh crore economic package, which also includes liquidity support from the RBI.

Talking about inflation, Banerjee said India's growth strategy was a closed economy with the government creating lots of demand, which resulted in high growth and inflation. "India had 20 years of high inflation and high growth. The country benefited a lot from stable high inflation in the last 20 years," he observed.

Replying to a query on monetisation of deficit by the RBI, the eminent economist said "deficit financing is a good idea". Monetisation of deficit happens when the RBI directly buys government securities from the primary market and in turn prints more money, thereby helping it to bridge the fiscal deficit.

Soon after the country was adversely hit by the pandemic and the subsequent nationwide lockdown, various economists had suggested such a step as a necessary measure to deal with the crisis. On the government's 'Aatmanirbhar Bharat' initiative, he said the word 'aatmanirbhar' needs to be used very carefully.

"Aatmanirbhar has the problem that we try to buy inputs domestically, that to me is a wrong idea. We should specialise in what we are good at, import what we need to import," Banerjee said. The eminent economist noted that India needs to be globally more competitive.

He said like China, India needs to relocate finances and capital. "We have not really created infrastructure for the small entrepreneurs to flourish," Banerjee pointed out. Asked to comment on demonetisation of higher value currency on November, 10, 2016, he said there was "no particular argument" for it. He stressed that India needs better data to formulate policies.

Banerjee pointed out that India does not have insurance schemes for agricultural disasters. Indians are obsessed with public sector jobs, he said adding that there is a need to make those jobs less lucrative. Banerjee, however, remarked that in India, "we need large public sector jobs".

Asked whether he would consider to work for the government, Banerjee replied in affirmation. "I would certainly consider. I am someone who has India's welfare at heart... We should set aside ideological differences," he said.