China has stationed 10-12 each of its J-7 and J-11 fighter aircraft at the PLA Air Force bases in Hotan and Gargunsa, close to the Eastern Ladakh area 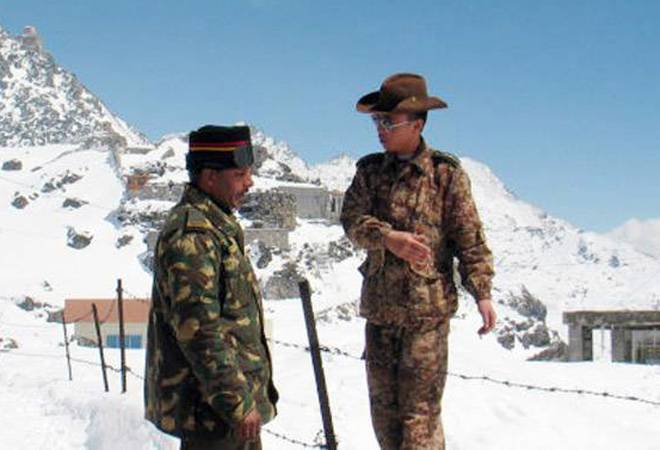 Chinese fighter aircraft were flying around 30 kms from Eastern Ladakh

Fighter aircraft of the Chinese People's Liberation Army (PLA) were flying along the Line of Actual Control (LAC) in Eastern Ladakh, while India continues to keep a close eye on the movement of planes stationed around 100-150 kms at their bases in Hotan and Gargunsa. The tension along the border has soared after China deployed military fighter planes along the border, signalling that the confrontation between the two military powers could become the biggest face-off after the Doklam episode in 2017.

"Chinese have kept 10-12 each of their J-7 and J-11 fighter aircraft which are flying up to 30 kms of our territory. Though the distance maintained from the border is not threatening but we can't take chances as they can come close to our areas within minutes," the sources said.

Meanwhile, sources in intelligence agencies said all gaps in surveillance capabilities have been plugged and a close watch is being kept on the Chinese air bases in the vicinity of Eastern Ladakh.

Earlier in May, India had rushed its Su-30 MKI fighter aircraft to the Eastern Ladakh sector when an Indian Army chopper and Chinese chopper were close to each other in the air.

The Hotan base has been under the surveillance of the Indian agencies for quite some time now as the Pakistanis have been holding aerial exercise with the PLA Air Force there.

"Last year also, we had closely monitored a movement of six Pakistani JF-17s that flew from the Skardu airfield opposite the western side of Ladakh in Pakistan-occupied-Kashmir to Hotan where they took part in an exercise named Shaheen-8," they said.

The situation in eastern Ladakh deteriorated after around 250 Chinese and Indian soldiers were engaged in a violent face-off on the evening of May 5 which spilled over to the next day before the two sides agreed to "disengage". However, the standoff continued. The incident in Pangong Tso was followed by a similar incident in North Sikkim on May 9. The troops of India and China were engaged in a 73-day stand-off in Doklam tri-junction in 2017.