At the event titled "Safeguarding the Planet," PM Modi mentioned India's achievement of meeting the goal of 175 gigawatts of renewable energy before the target of 2022, and promised "a big step ahead by seeking to achieve 450 gigawatts by 2030" 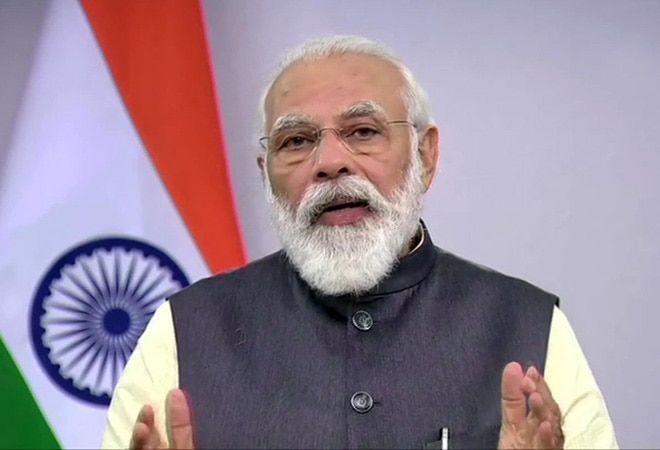 Prime Minister Narendra Modi on Sunday said that climate change must be fought not in silos but in an integrated, comprehensive and holistic way. Addressing a G20 virtual summit, Modi said that India is not only meeting its Paris agreement targets, but also exceeding them.

At the event titled "Safeguarding the Planet," PM Modi said the entire world can progress faster if there is greater support of technology and finance to developing nations.

"Inspired by our traditional ethos of living in harmony with the environment, and the commitment of my government, India has adopted low-carbon and climate-resilient development practices," he said.

The Prime Minister mentioned India's achievement of meeting the goal of 175 gigawatts of renewable energy before the target of 2022, and promised "a big step ahead by seeking to achieve 450 gigawatts by 2030."

About the International Solar Alliance, a coalition of 121 countries initiated by India, Modi said that the alliance was spending billions of dollars on training people, and focusing on research and development in renewable energy.

Saturday was the first day of the 15th G20 summit in Saudi Arabia, after the country assumed the presidency earlier this year. The summit is centered around the theme "Realizing Opportunities of the 21st Century for All." On Saturday, Modi called for a new global index for the post-pandemic world comprising four elements-"creation of a vast talent pool, ensuring that technology reaches all segments of the society, transparency in systems of governance, and dealing with mother Earth with a spirit of trusteeship."

Calling the coronavirus pandemic an important turning point in the history of humanity and the biggest challenge the world is facing since World War II, Modi said that the dignity of labour must be prioritised over their utility as a factor of production. "For humanity to prosper, every single individual must prosper," he said, concluding his Saturday address.

GST registration to get tougher with live photo, biometrics