If the venture takes off, it will help the country build a strategic reserve of key minerals. 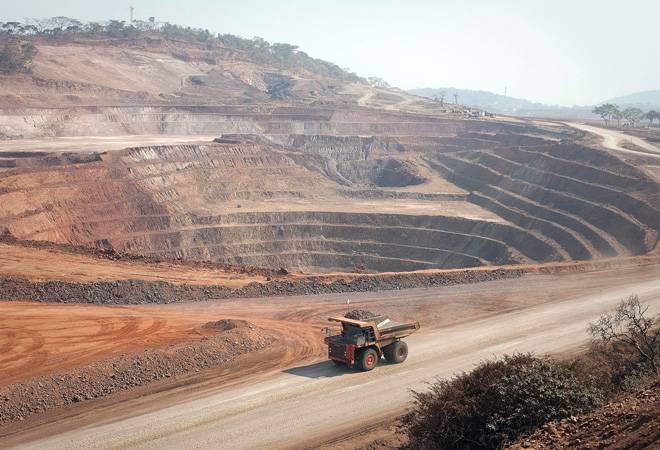 While oil has pretty much consumed the public's attention in recent times, there are two other resources on top of the government's wishlist and India is planning to go after them on a war-footing: Lithium and cobalt.

Anil Kumar Nayak, joint secretary in the mines ministry told The Economic Times that the government has directed three state-owned mineral companies to team up for a new venture tasked with scouting and acquiring strategic mineral assets abroad.

"The joint venture partners are National Aluminium Company (Nalco), Hindustan Copper (HCL) and Mineral Exploration Corp. Ltd (MECL)," said Nayak. This proposed joint venture - currently awaiting a few approvals before it "can be operationalised" - is likely to be formalised along the lines of ONGC Videsh, which buys oil and gas assets abroad. The proposal is reportedly with the Niti Aayog, which will conduct due diligence before it can be formalised. "The modalities of the venture will be worked out later, but the joint venture could partner Indian mining companies or join hands with local mining entities abroad," added Nayak.

If the venture takes off, it will help the country build a strategic reserve of key minerals. For instance, India has no known sources of lithium and cobalt, two critical elements that go into batteries that not only power consumer electronics like mobile phones, laptops et al but also electric vehicles (EVs), the future of transport.

According to a Mckinsey report released last month, "the growing adoption of EVs and the need for EV batteries with higher energy densities will see the demand for lithium increase more than threefold between 2017 and 2025" while cobalt "will increase by 60 percent over the same period". The forecast assumes that lithium-ion-battery technologies will be the prevalent battery technology for the foreseeable future. Incidentally, India is one of the largest importers of these batteries, importing nearly $150 million worth of them in 2017. Access to these two commodities is hence vital for India's EV ambitions.

According to McKinsey, the world's lithium supply boasts a global production footprint, including Australia, China, and Latin America, but cobalt is harder to come by. "Less than 10 per cent of cobalt supply occurs as a primary product, with the remainder produced as a by-product of primarily copper and nickel mines and more than 65 per cent of global production concentrated in the Democratic Republic of the Congo (DRC)," it added.

In fact, just last week, Bolivia, known to have the world's largest reserves of lithium, offered the metal to India., The South American nation's ambassador, Sergio Dario Arispe Barrientos, said that his country is willing to sign a Preferential Trade Agreement (PTA) - a pact between countries that provides preferential access to certain products by lowering tariff and other conditions - with India for select goods.

"We have already sent a letter that we want to start the negotiations on the PTA. We are still waiting to hear back from them. I understand it takes time. These things don't start just like that. But the first step has been taken," he said, adding that China is already acquiring the resource from Bolivia.

Indeed, China already has a headstart in this race for these strategic commodities, especially in Africa, just as it previously took the lead in the quest for oil and gas. As per media reports, Chinese imports of cobalt from the Congo, the world's biggest producer of the mineral, was around $1.2 billion in the first nine months of 2017, compared with $3.2 million by India, the second-largest importer.

So India will have to work hard to catch up. The long-standing instability in DRC only complicates matters. As the daily points out, India previously attempted a similar model in an attempt to acquire iron ore assets in Hajigak, Afghanistan, but the project failed to materialise due to security concerns in that region.

"We are part of the initiative that is being taken by the government to build up assets in strategic minerals like lithium and cobalt," HCL chairman Santosh Sharma told the daily, adding that the search will include rare earth elements that are much in demand for applications in defence and space technology but are not found in India.