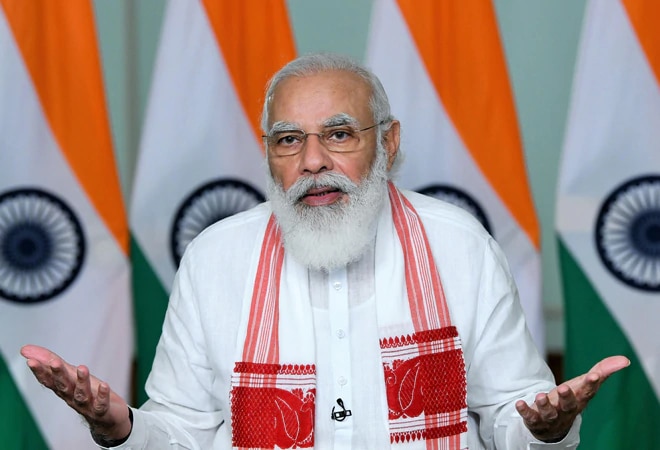 Prime Minister Narendra Modi has called for enhancing indigenisation in the national security system and developing the Indian military into a 'future force'. He said indigenisation was needed not just in sourcing equipment and weapons but also in the doctrines, procedures and customs practised in the armed forces.

The Prime Minister, addressing the valedictory session of the Combined Commanders Conference at Kevadia in Gujarat, also stressed the importance of optimising manpower planning in both military and civilian parts of the National security architecture.

"The Combined Commanders' Conference at Kevadia was a fruitful one. There were extensive deliberations on various strategic subjects. Highlighted the need for making India Aatmanirbhar in the defence sector and reiterated the Government's support for it," PM Modi tweeted.

At the Combined Commanders’ Conference, saw some of the innovations by our armed forces that were showcased in the exhibition. pic.twitter.com/3mvjklO7vM

He also called for a holistic approach, focused on breaking down civil-military silos and on expediting the speed of decision making. He advised the services to rid themselves of legacy systems and practices that have outlived their utility and relevance.

The Prime Minister pointed out the country would be celebrating 75 years of its independence next year and called upon the armed forces to use the occasion to undertake activities and initiatives that would inspire the youth of the country.

Meanwhile, Prime Minister Modi will today address the 'Janaushadhi Diwas' celebrations via video conferencing. He will dedicate to the nation the 7500th Janaushadhi Kendra at NEIGRIHMS, Shillong, during the event. He will also interact with beneficiaries of Pradhan Mantri Bhartiya Janaushadhi Pariyojana and also give awards to stakeholders by recognising their excellent work. The Pradhan Mantri Bhartiya Janaushadhi Pariyojana aims to provide quality medicines at an affordable price. The number of stores under the scheme has grown to 7499, with all districts of the country covered.