State-run trading firm MMTC has already floated a tender for buying 21,090 metric tonnes (MT) of onions from Turkey and Egypt and the shipments are expected to arrive mid-January 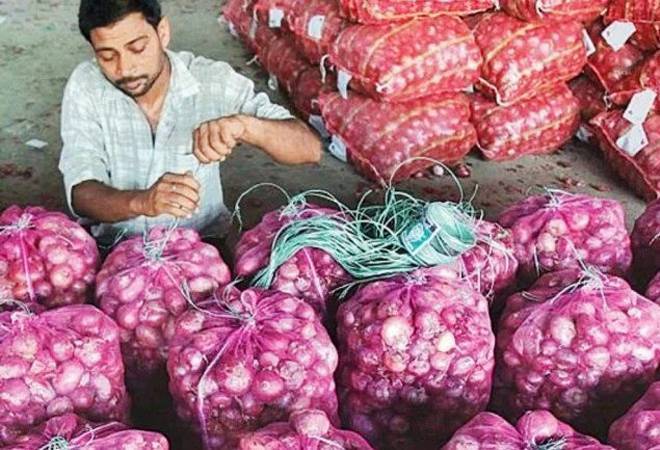 On November 20, the union cabinet had given its nod to import up to 1.2 lakh metric tonnes of onions State-run trading firm MMTC, which is importing onions on the behalf of the government, has already floated a tender for buying 21,090 metric tonnes (MT) of the key kitchen staple from Turkey and Egypt and the shipments are expected to arrive mid-January. Of this, MMTC has contracted 4,000 MT of onions from Turkey which is expected to arrive by mid-January, 2020. This 4,000 MT is in addition to the 17,090 MT of onions already contracted which includes 6,090 MT arriving from Egypt and 11,000 MT from Turkey. The delivery from Egypt is expected in second week of this month, while import from Turkey is expected in the last week of December.

The department of consumer affairs has also directed MMTC to issue three more tenders for import of onions, out of which two tenders are country-specific, namely Turkey and European Union, and one is a global tender. Each of these tenders is for 5,000 MT.

The move comes after the government's various efforts to boost the domestic availability failed to curb retail prices. Retail onion prices have touched above Rs 150/kg in some cities across India. Onion was sold at Rs 165/kg in Panaji (Goa), Rs 160/kg in Mayabunder (Andaman) and Rs 150/kg in Thiruvananthapuram, Kozhikode on Friday.

Onion prices shot up due to 26 per cent decline in production at 52.06 lakh tonnes during the kharif season of 2019-20 as untimely and prolonged rains caused damage to crop.

The Centre has already taken a decision to provide certain relaxations in the new tenders issued such as size range of onions have been expanded to 40mm-80mm, consortium bidding has been allowed, exporters can offer shipment in multiple lots. Adding to it, fumigation condition relaxations that were earlier provided till 30 November, 2019 have now been extended till 31 December, 2019. This is expected to further increase participation, competition and reduce price.

A coordination committee has also been formed by the department of consumer affairs to ensure that the entire process of import and distribution is streamlined so as to ensure timely arrivals and movement of onions and sale by states. The committee is holding meetings on a daily basis with participation from officials of MMTC, NAFED, CONCOR and associated ministries and departments.

The government has also planned procurement of domestically produced onions from major onion producing states. Onions procured from major onion producing states will be distributed across all consuming states as per the demand placed by them. On 3 December, 2019, the union government had revised stock holding limit on Onions to 25 MT on Wholesalers and 5 MT on Retailers. Importers will be exempted from these stock limits for imported stock.

Big tax cuts may be coming for middle class in next Budget; here's why