The enhanced trade partnership is expected to address several trade barriers that currently exist. Britain is keen to see India reduces barriers on import of agriculture and food items 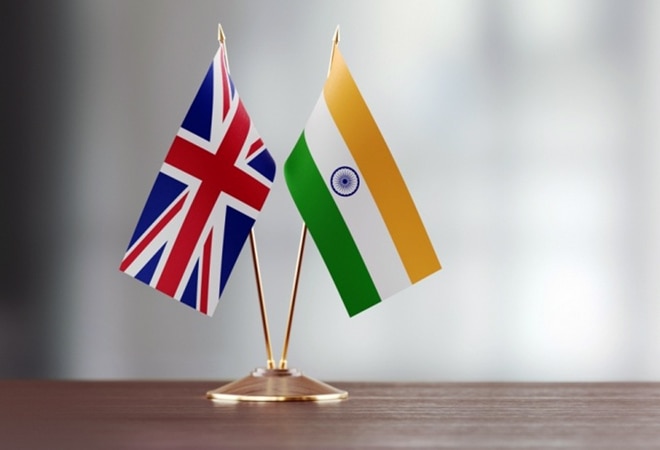 In addition to India, UK is in negotiations with Australia, New Zealand and US

India and United Kingdom will announce a roadmap for a bilateral free trade agreement (FTA) and launch an enhanced trade partnership programme during the visit of British Prime Minister Boris Johnson to India later this year, says Elizabeth Truss, Secretary of State for International Trade, UK.

In an interaction with BusinessToday.In, Truss, currently on an India visit, said both countries are keen to enhance collaborations in technology, green growth and in areas like life sciences and pharmaceuticals. Reduction of tariffs in certain areas is also being discussed, she said.

Truss had detailed discussions with Commerce Minister Piyush Goyal and representatives of Indian industry in Delhi and Mumbai respectively. She also visited Serum Institute of India, Pune, the vaccine maker that has a collaboration with UK's Oxford University and pharmaceutical company AstraZeneca for production and distribution of the latter's Covid-19 vaccine.

"We have made real progress in our meeting talking about the enhanced trade partnership and developing a roadmap to the proposed FTA between the UK and India. There is a huge interest from both sides. We want to make sure that it is a very strong proposition on the table so as to launch the trade partnership when the UK Prime Minister visits later this year to India," Truss said.

The enhanced trade partnership is expected to address several trade barriers that currently exist. Britain is keen to see India reduces barriers on import of agriculture and food items. Truss said that UK has more flexibility in negotiations as the country has exited the European Union. "We have the flexibility to do things differently. For example, if we need to do a consultation on gene editing, we can be more proactive on the development of agriculture technology," she pointed out.

However, UK is not in agreement with India's demand at World Trade Organisation that intellectual property waiver is needed for quick access of Covid-19 related technologies. "We believe that within the current rules of WTO there is flexibility for countries to respond to Covid-19," Truss said.

In addition to India, UK is in negotiations with Australia, New Zealand and US. The country is also in talks to be part of The Comprehensive and Progressive Agreement for Trans-Pacific Partnership (CPTPP) - an FTA between Australia, Brunei Darussalam, Canada, Chile, Japan, Malaysia, Mexico, Peru, New Zealand, Singapore and Vietnam. India-UK trade partnership becomes more significant in the context of the larger market access Britain is striving for. "India is a very important strategic partner for the UK and we want to build this trade and investment relationship. I had very positive talks with Minister Goyal going into very specific details on how we are going to take things forward. It is a priority alongside CPTPP and US talks," Truss said.

"Minister Goyal and I have agreed to an accelerated time table to launch the enhanced trade partnership when the two PMs meet. We are also looking at the idea of early delivery as well on the proposed FTA," she added.