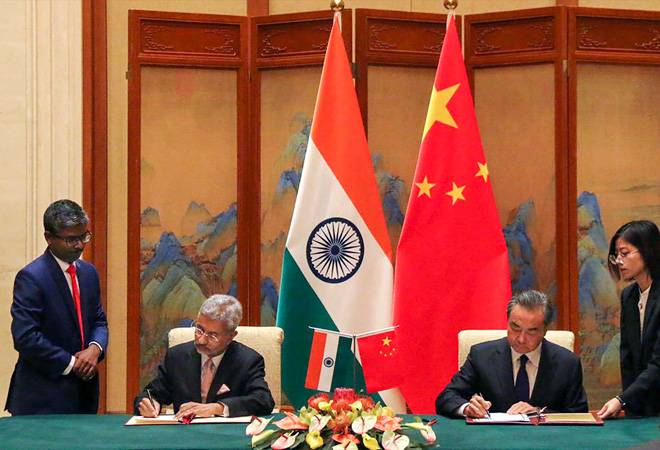 Government of India believes cumulative FDI from China is $2.3 billion

Exactly how much is China's FDI into India? Nobody really knows--including the governments at both ends! It is this ambiguity that may have prompted Centre's swift move to curb investments from China by tweaking FDI norms right after People's Bank of China raised its stake in leading housing finance firm HDFC beyond 1 pc.

Government of India believes cumulative FDI from China is $2.3 billion. This is as per the FDI statistics released by DIPP which say between April 2000 and December 2019, cumulative FDI inflow from China was $2.3 billion. This is barely 0.5 pc of all the FDI India has attracted during this period. As opposed to this, China believes its firms have invested $8 billion as FDI into India.

But actual investment may not just be entirely different but also substantially higher. Because a significant part of investments from China are routed through other destinations like Hong Kong and Singapore. Chinese investors led by Alibaba, Tencent and Ant Financial have also been very active in the fledgling Indian startup ecosystem. According to Venture Intelligence, China invested $ 3.9 billion in startups in India in 2019 alone. But acccording to a Brookings report, investments by China could be to the tune of $26 billion. Cumulative FDI from Singapore stands at $94.6 billion, and from Hong Kong $4.2 billion.

Use of different destinations and various instruments to route investments makes it difficult to get a fix on the exact amount of investments made by China in India so far. It is this lack of transparency that may have pushed the government into panic mode. These are also under the scanner with SEBI asking its custodians to investigate the level of control Chinese firms command in the investee companies. It is a precursor to more stringent provisions in the future.

India's move invited an angry response from China's embassy in Delhi. "The impact of the policy on Chinese investors is clear. The additional barriers set by the Indian side for investors from specific countries violate WTO's principle of non-discrimination, and goes against the general trend of liberalisation and facilitation of trade and investment. More importantly, they do not conform to the consensus of G20 leaders and trade ministers to realise a free, fair, non-discriminatory, transparent, predictable and stable trade and investment environment, and to keep our markets open," said Chinese embassy spokesperson counsellor Ji Rong.

India stays firm though. "It does not violate any WTO guideline in anyway. We are well within our rights to formulate or tweak any policy," says a senior government official.

Flush with cash, there are fears Chinese firms are looking to get their teeth into Indian companies suffering from the financial fallout of the coronavirus pandemic. Various other nations including Australia, Spain, Italy, US, Germany, UK and Canada also fear the same and have taken steps to ring fence their firms from unsolicited or opportunistic acquisitions.