The RBI has not yet taken a view on monetising the budget deficit target, but it needs to be "well calibrated and thought out roadmap" to manage finances, says  Shaktikanta Das 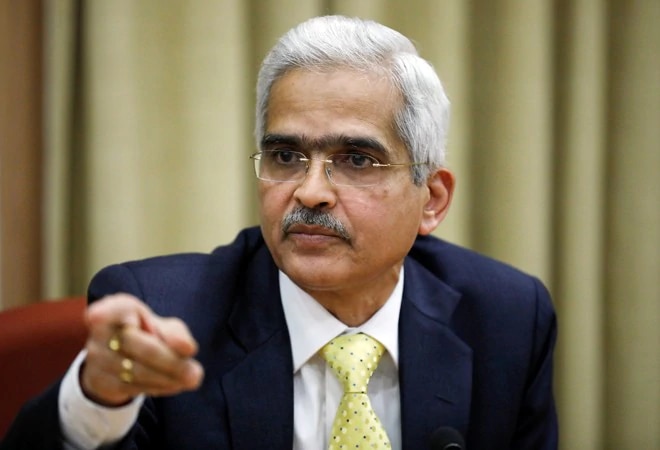 The Reserve Bank of India (RBI) governor Shaktikanta Das has said India's fiscal deficit may go beyond 3.5 per cent of gross domestic product (GDP) for the current year due to coronavirus lockdown. He said that the RBI has not yet taken a view on monetising the budget deficit target, but it needs to be a "well calibrated and thought out roadmap" to manage finances.

"The 3.5 per cent fiscal deficit target for this year will be very challenging to meet," Das told news agency Cogencis in an interview. "It has to be a judicious and balanced call keeping in mind the need to support the economy on one hand and the sustainable level of fiscal deficit that is consistent with macroeconomic and financial stability," the RBI governor said.

In Union Budget, Finance Minister Nirmala Sitharaman had set the fiscal deficit target at 3.5 per cent for financial year 2020-21. The fiscal deficit is the shortfall in a government's income compared to its spending. It essentially means that the government is spending beyond its means.

Asked if the RBI would monetise the rising fiscal deficit, Das said, "There is an animated public discourse around this subject. Within the RBI, the debate is not new, and governors before me have had to contend with it. In fact, dealing with this issue has produced some landmark reforms like the phasing out of ad hoc treasury bills, the enactment of FRBM Act, the monetary policy framework, to name a few."

He said that the central bank will also evaluate alternative sources of funding for the fiscal deficit.

"We will deal with it keeping in view the operational realities, the need to preserve the strength of the RBI's balance sheet, and most importantly, the goal of macroeconomic stability, our primary mandate," he added.

When asked if the RBI was ruling out private placements of government securities, Das said he would not give a specific reply to specific question. "My generalised response to all such questions is that all instruments, both conventional and unconventional, are on the table. I have said this before. RBI will take a judicious and balanced judgement call, depending on how the evolving situation plays out," he said.