Barclays is upbeat about an economic revival in the economy from FY22 and has also raised its (FY22) GDP growth forecast to 8.5% from 7.0% earlier, to reflect a faster recovery in services amid continued policy support 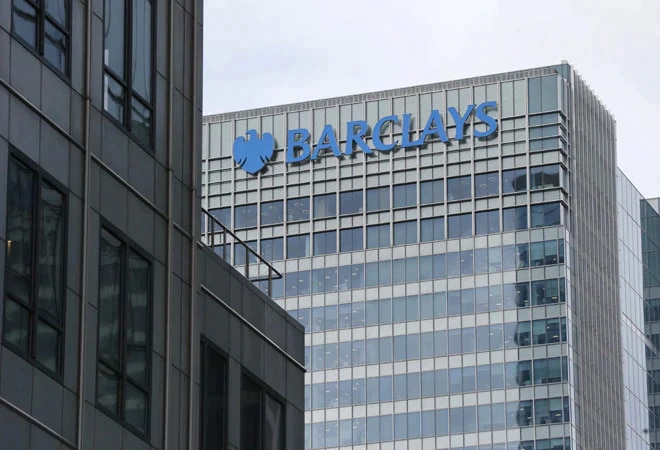 Barclays expects the Q2 FY21 GDP data to be released next week to register a contraction of (-) 8.5% (year-on-year) from an earlier -8%

Investment bank Barclays on Thursday, November 19, modestly revised its expectations of India's gross domestic product (GDP) growth for FY21 to -6.4% from -6.0% earlier to "reflect marginally weaker incoming data" it had earlier anticipated. The bank expects the Q2 FY21 GDP data to be released next week to register a contraction of (-) 8.5% (year-on-year) from an earlier -8% and has pegged the economy to grow by 0.4% in Q3 FY21 (year-on-year) from an earlier +2.1%.

However, the bank is upbeat about an economic revival in the economy from the next fiscal year which is FY22 and has also raised its FY22 GDP growth forecast to 8.5% from 7.0% earlier, to reflect a faster recovery in services amid continued policy support

The bank's revised estimates come on the back of the Indian economy seeing a faster return to normal with the COVID-19 curve flattening. Barclays also held that a "possible vaccine roll-out from Q1 21 should broaden the recovery from farm and manufacturing to services."

"We expect the recent improvement in manufacturing to broaden to the services sector early next year. We now see a better trajectory for the recovery of consumption as well as investment, given incrementally rising fiscal and monetary support," Barclays said.

Talking about the coronavirus caseload in India, the bank said that despite a majority of western economies experiencing second waves, the country's (India) COVID-19 case growth remains in check.

"While it is too early to conclude that India will not see a second wave nationally, several parts of the country have experienced multiple waves and brought them under control," Barclays noted.

With the coronavirus curve flattening coupled with the prospect of an effective vaccine in the future and high seroprevalence of antibodies across the population, all these factors, according to the bank, have supported the case for a more durable economic recovery.

Barclays added that indicators for a number of manufacturing segments are now above pre-COVID levels, partly led by a front-loading of demand as well as the rebuilding of inventories, which were already running low before the coronavirus crisis began.

Mentioning the revival of the services sector, the bank said that a "possible successful vaccine roll-out from Q1 21 should support faster return to normal" in the sector by allowing unlocking of sectors such as airlines and railways, which are still operating with constraints. "The availability of a working vaccine should also instill confidence in consumers and increase discretionary demand, both in urban and rural areas," Barclays stated.