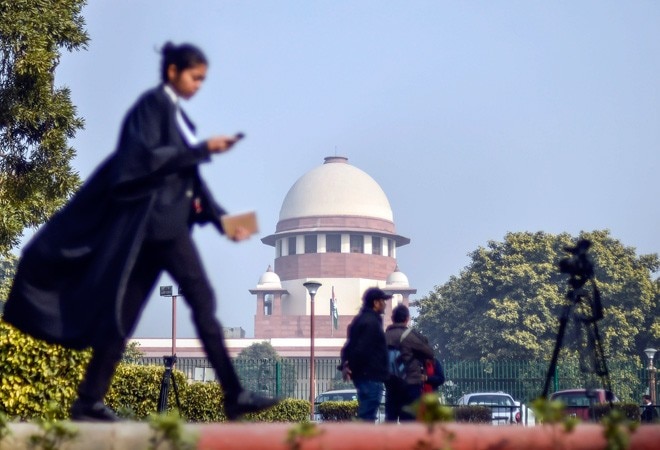 The Supreme Court will hear the case next week

On a petition by an Agra trader asking for interest on loans to be waived during RBI's EMI moratorium, the Supreme Court has sent a notice to the central government and the Reserve Bank of India (RBI) following a petition seeking relief on interest being charged during the duration of EMI moratorium. An apex court bench of Justices Ashok Bhushan, Sanjay Kishan Kaul and MR Shah will hear the case next week.

Gajendra Sharma, an optical shop owner from Agra, had named the Union Home Ministry and the RBI in a petition challenging the provision under the apex bank's EMI moratorium directive which allowed interest liabilities to accrue. The petition filed before the Supreme Court on May 2 sought direction to the Centre and the RBI to provide relief in repayment of loan by not charging interest during the EMI moratorium period. On May 8, the Supreme Court had allowed two weeks time to Solicitor General Tushar Mehta to seek instructions on the issue. The top court had also permitted serving a copy of the petition to lawyers and the Centre.

In his petition, Sharma stated that charging interest on loan amount during the moratorium period "is completely devastating, wrong and in a way has taken away the benefit of imposing moratorium".

"In the present scenario, when all the means of livelihood have been curtailed by the Government of India by imposition of complete lockdown pan India... the Petitioner being a citizen of India has no way to continue his work and earn livelihood, imposition of interest during the moratorium will defeat the purpose of permitting moratorium on loans," the petition stated.

To provide relief to borrowers amid the coronavirus lockdown, the RBI had declared a moratorium on instalments for all agricultural, retail and crop loans falling due between March 1, 2020 and May 31, 2020. Sharma had sent a request to ICICI Bank for availing this moratorium against his home loan of Rs 37.48 lakh from the bank. While his request was granted, Sharma was informed that interest on the outstanding value of the loan shall continue to accrue during the moratorium.

In an e-mail to Sharma, ICICI Bank had said that the accrued interest will be added to the outstanding principal amount, and interest thereon shall be calculated on the total amount outstanding under the loan account. "This will result in an increase in residual tenure of the loan. If the loan tenure cannot be extended, the EMI amount will increase," the mail had said.

Sharma had stated in his petition that his earnings have come to a standstill due to the lockdown, and he is not in a position to pay the EMIs on his home loan. He had further said that he "is paying the salaries to his employees, without any work and income", as directed by the Home Ministry.

"...the countrywide lockdown has been further extended for two more weeks and therefore, the Petitioner will not be in any position to start his work in near time. This has created immense burden upon the Petitioner's budget as apart from paying EMI on home loan, the Petitioner has moral obligation to pay his employees during lockdown and also to manage financial aspects of his home and family," the petition to the apex court had said.

The Supreme Court had dismissed earlier petitions in this regard on grounds that the petitioners "are not borrowers and are not being affected". Sharma had said that he is a borrower directly affected by the RBI's EMI moratorium and associated stipulations.