What is INX Media case; a look at the genesis of P Chidambaram and son Karti's misfortunes

INX Media case: The ED has questioned Karti on several occasions in the INX Media case. P Chidambaram was also questioned by the ED in January this year and on December 19 last year. 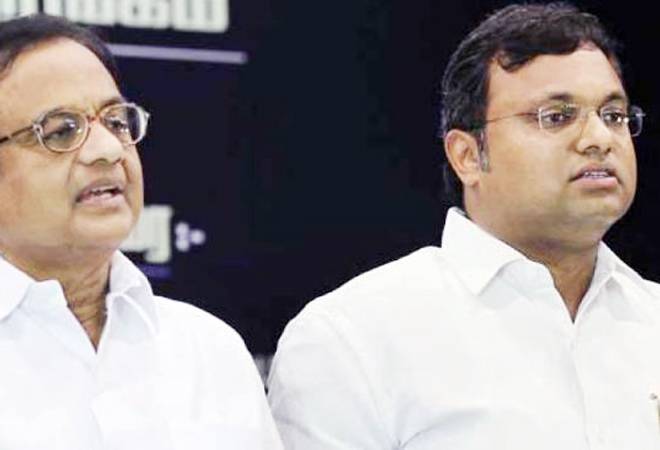 INX Media case: The INX Media case involving Senior Congress leader P Chidambaram and son Karti is back to haunt him as the CBI and the ED officials visited his residence on Tuesday night.

The INX Media case involving Senior Congress leader P Chidambaram is back to haunt him as the CBI and the ED officials visited his residence on Tuesday night. This comes a day after the Delhi High Court said on Tuesday that the INX media case was a "classic case of money laundering" and it was of the prima facie opinion that his custodial interrogation is required for an effective investigation in the matter.

Chidambaram is being probed by both the investigating agencies for alleged irregularities in the Foreign Investment Promotion Board (FIPB) clearances to the media group for getting overseas funds amounting to around Rs 305 crore. This was when he was the finance minister in the UPA-I government.

The ED in May 2017 had lodged an Enforcement Case Information Report (ECIR) - a police FIR equivalent - against Chidambaram's son Karti Chidambaram, INX Media and its directors, Peter and Indrani Mukerjea, along with a couple of others under the provisions of the Prevention of Money Laundering Act (PMLA).

Based on the information provided by the ED, the CBI subsequently filed an FIR against the accused mentioned above, alleging irregularities in the FIPB clearance granted to INX Media in 2007 for receiving overseas funds to the tune of Rs 305 crore when Chidambaram was the finance minister.

In March 2007, INX Media had approached Chairman of FIPB, seeking permission for issuing equity shares to three non-resident investors based in Mauritius through the foreign direct investment (FDI) route. This money, according to the FIR, was sought for creating and operating a number of television channels. The application to the FIPB also mentioned its intention to "make a downstream financial investment to the extent of 26 per cent of the issued and outstanding equity share capital of INX News Private Limited".

A few months later, the FIPB board approved INX's proposal, specifically an FDI/NRI inflow of Rs 4.62 crore, but did not approve the proposed downstream investment. So the FIR primarily alleged that "INX Media deliberately and in violations of the conditions and approval" went ahead with the downstream investment and generated FDI exceeding Rs 305 crore in the company "by issuing shares to foreign investors at a premium of more than Rs 800 per share" between August 2007 and May 2008.

When the Income Tax Department sought clarification on the above in February 2008, INX Media allegedly sought to wriggle out of the mess by offering kickbacks to Karti to leverage on his family name to scuttle the probe.

The CBI said that Karti had received funds to the tune of Rs 10 lakh in the case. During its searches at the homes and offices of junior Chidambaram, the agency sleuths reportedly recovered vouchers for this amount issued in favour of Advantage Strategic Consulting (P) Limited, a firm "indirectly" owned by him. But some sections of the media reported that there is new evidence that he had received a much fatter kickback.

The Chidambarams have predictably and vociferously denied all charges made against them, blaming it all on political vendetta. But compounding the family's misery is their involvement in the alleged irregularities in the grant of FIPB clearance to the Aircel-Maxis deal back in 2006, another case being investigated by the CBI.

Indrani Mukerjea and her husband Peter Mukerjea, who co-founded INX Media in 2007, had been charged with entering into a criminal conspiracy with Chidambaram and son Karti to get foreign investments and evade punitive measures for not having the necessary approvals from the FIPB.

In March 2018, Indrani Mukerjea told the CBI in a statement recorded under Section 164 of the CrPC that a deal of $1 million was struck between Karti Chidambaram and the Mukerjeas to secure approval from the FIPB in favour of INX Media. Last month, a Delhi court had allowed Indrani Mukerjea, who is a prime accused in the murder of her daughter Sheena Bora, to turn approver in the INX case.

In her application to turn approver, Mukerjea had prayed for pardon in the case in exchange of full and true disclosure.

The tightening noose around P Chidambaram and son Karti