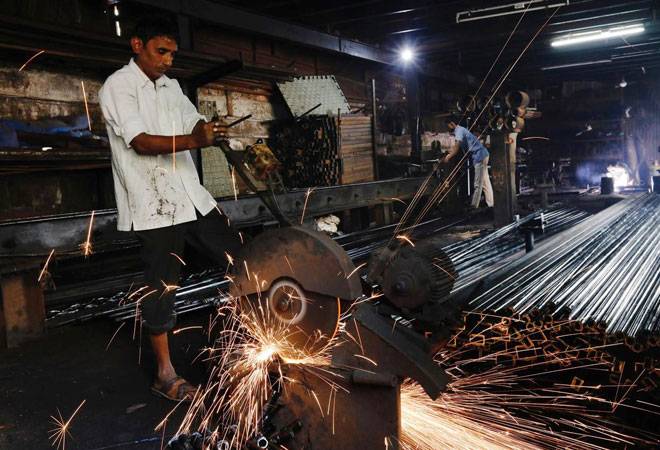 'Direct financial assistance to MSMEs is needed to meet their expenditure in the lockdown period,' BJP's Gopal Krishna Agarwal said.

While pitching for support for the micro, small and medium enterprises (MSMEs), Agarwal said that fiscal stimulus for the industry would be needed after the nationwide lockdown was lifted.

The BJP leader noted that availability of credit was not an issue for the firms in the MSME sector but they were not in the position to make salary payments in absence of business transactions as their balance sheet was quite weak.

"Direct financial assistance to MSMEs is needed to meet their expenditure in the lockdown period. The government may allow reduction in staff salaries and deferment of a portion of those salaries. This will help in re-starting their business," Agarwal said.

"Permission may be given to cut salaries of those earning Rs 15,000 or more. Assuming that 30% reduction in salaries is allowed, the remaining salaries could be given in two parts," he added.

The BJP veteran said that there was also need to incentivise migrant workers to come back and the step could be part of the financial package for the MSME sector.

Ashwani Mahajan, National Co-Convener of RSS-backed Swadeshi Jagaran Manch suggested a subsistence allowance for the migrant workers as incentive for them to return from their native places.

"The government should also give support to MSME sector for salary payment of workers," he said.

Meanwhile, Home Ministry has come out with detailed order specifying establishments that could be allowed to resume activities from April 20 outside coronavirus-affected areas. It has laid down strict social distancing norms as pre-requisite for carrying out business.

Accordingly, road side garages and dhabas along the highways have been allowed to open. Various establishments allowed to open their facilities include special economic zones (SEZs), export oriented units (EOUs), industries operating in rural areas and jute industries with staggered shifts among others.

In his address to the nation, Prime Minister Modi had on Tuesday stressed that the permission to allow these activities will be conditional and the rules for going out will be very strict.

The ongoing lockdown to contain coronavirus ends on May 3 and industries expect that it will not be extended further.