Maharashtra government formation: Without Ajit's support, chances are that Devendra Fadnavis might step aside from the post of Chief Minister 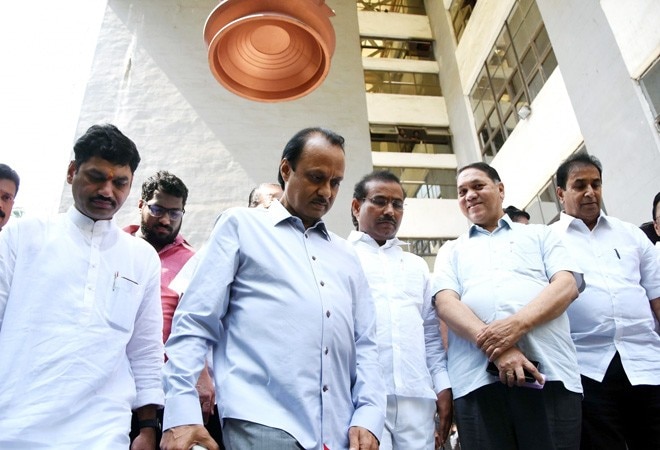 Ousted NCP leader Ajit Pawar has resigned as the Deputy Chief Minister of Maharashtra. This development comes hours after the Supreme Court ordered floor test for CM Devendra Fadnavis to prove majority in the state legislative assembly. The court said the floor test must be conducted by 5:00 pm on Wednesday.

Speculations were rife that NCP was trying to bring Ajit back in the fold. Reports suggest that representatives of Sharad Pawar, the NCP patriarch and Ajit's uncle, met him today.

Sanjay Raut, Shiv Sena: Ajit dada has resigned and he is with us. Uddhav Thackeray will be the Chief Minister of #Maharashtra for 5 years. pic.twitter.com/7Qyz169Ivh

This is a big blow to the Bharatiya Janata Party which was planning to survive the trust vote tomorrow with help from NCP MLAs that Ajit Pawar was supposed to bring over with him.

Meanwhile, CM Devendra Fadnavis will hold a press conference at 3:30 pm on Tuesday. He had met several BJP leaders earlier today after the Supreme Court verdict on Maharashtra government formation. Without Ajit's support, chances are that Fadnavis might resign from the post of Chief Minister during the press meet.

Fadnavis and Ajit had taken oath as Chief Minister and Deputy Chief Minister, respectively on Saturday, which had sparked criticism from the opposition parties. BJP had moved to assume power in the state even as estranged ally Shiv Sena and National Congres