Nooyi advises students not to idolise people based on their positions 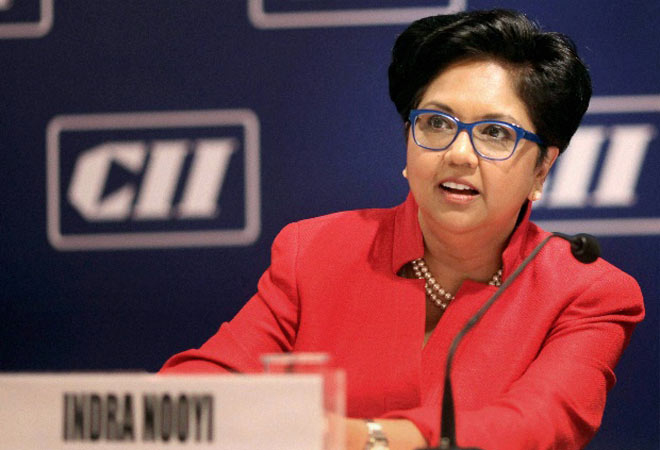 Pepsico's former CEO Indra Nooyi has advised Indian students in the US not to idolise people based on their positions, but to draw inspiration from those "who see the cup as half full". During a video conference with Embassy of India Student Hub last week, the 65-year-old Indian-American business executive said, "Don't just say to yourself someone who inspires me has to be in a position that is higher...It is people who can handle crises in an interesting way that you should draw inspiration from."

The Student Hub is an initiative of the Indian Embassy here to engage Indian students studying in the US in India's development. It is a platform for students to connect, collaborate and converse -- both with each other, as well as with the embassy.

During the conversation on January 15, Nooyi advised the students not to idolise people based on their positions. She told them to "draw inspiration from people who see the cup as half full", according to a press release. Captivating more than 170 participants with her stories, she shared her journey of being an Indian student in the US, powering through her role as the CEO of PepsiCo, and being a part of an all-girl rock band and cricket player.

As advice for India's 500 million youth, Nooyi said, "Rather than talk about how to make that next big buck...(let's) talk about how we can mobilise to fundamentally contribute to the country."

She urged students to collectively step up efforts towards climate change. "Our convenience mindset has gone too far and we all need to do our bit...Make climate change personal," said Nooyi, who in September 2021 is set to release her semi-autobiographical book, which provides policy directives illustrated by her own life experiences.

Also Read:PepsiCo 'extremely optimistic' about India, raises investment at snacks plant in UP to Rs 814 crore