'May you touch the sky with glory': Navy welcomes Rafale jets into Indian airspace

Rafale fighter jets in India: INS Kolkata welcomed the five Rafale jets in Indian airspace. Rafale leader responded by saying, "Most reassuring to have an Indian warship guarding the seas" 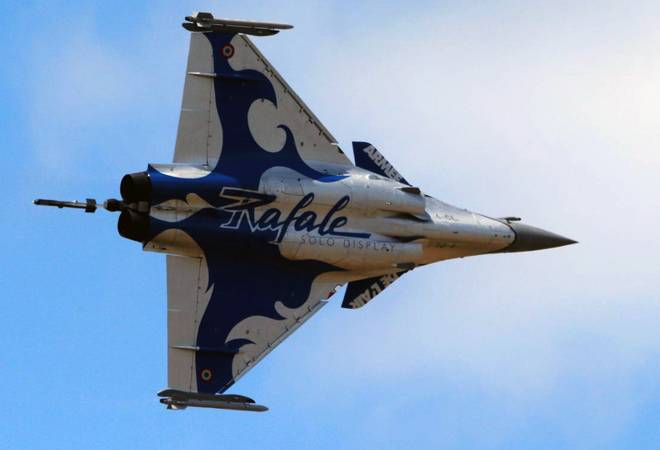 As the Rafale jets entered the Indian airspace, naval warship INS Kolkata welcomed the aircraft. In an audio clip that has been doing the rounds, one can hear warm welcome messages shared between the Rafale pilot and the INS Kolkata deployed  in the Western Arabian Sea.

The INS Kolkata welcomed the Rafale jets into the Indian Ocean airspace. The Rafale leader replied by saying that it is reassuring to have an Indian warship guarding the seas. The Arrow Leader is then wished luck by the Indian warship.

Here is the conversation between the INS Kolkata and Rafale leader:

The five Rafale jets would be delivered to India today. Air Force Chief Air Marshal RKS Bhadauria would receive the aircraft that started their journey on July 27 from France. These three single-seat and two twin-seat Omni-role fighter aircraft will be flown by seven Indian Air Force pilots and will be part of the 17 Golden Arrows squadron.

Earlier in the day security was tightened around the Ambala Air Force Base. Prohibitory orders were imposed near the air force station.